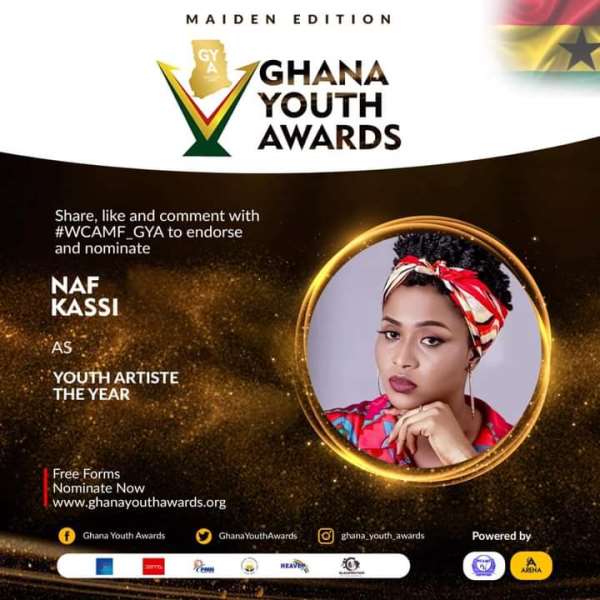 Highlife singer, Naf Kassi has received her first nomination at this year’s Ghana Youth Awards in the ‘Youth Artiste Of The Year’ category.

Naf Kassi who recently won Highlife Song and Highlife Artiste of the Year at the just ended Wassaman Entertainment and Business Awards 2020 respectively has been nominated in in this year's Ghana Youth Awards 2021 which also happens to be the 1st edition.

This is Naf Kassi's first nomination for this year.

Naf Kassi started her music career back in January 2019. She released her first single, ‘Mane Me’ which was followed by her ‘Odo’ and her hit single, ‘Me Mbo Tuo.’

”I’m very excited about this nomination, it galvanizes me to do more as an Artiste,” the elated Naf Kassi expressed.

Naf Kassi has the dream of projecting what it means by the best comes from the West.

The ‘Youth Artist of the Year’ according to Naf Kassi is one of the avenues to sell the Western Region story and its exceptional talents to the rest of the country and world.