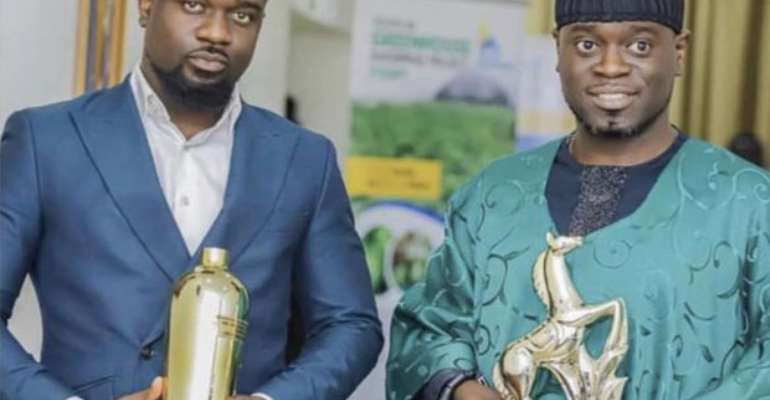 Sarkodie and Nathaniel displaying their awards

A number of Ghanaian personalities have since Friday been subjected to trolling on social media after receiving awards at a ceremony that was made to look like a United Nations-related event.

Among them were D-Black, Sarkodie, Dr. Bernard Okoe-Boye, Chairman Wontumi, Alban Bagbin, Ebenezer Oduro Owusu, who is the Vice-Chancellor of the University of Ghana, and media personalities like Nathaniel Attoh, Berla Mundi and Johnny Hughes of TV3.

The award ceremony dubbed '7th Global Leadership Service to Humanity Awards' was held at the Alisa Hotel in Accra on August 24.

It was organised by one Dr. Kwame O. Fordjour, who is now popularly called on social media as Dr. UN, with the purpose of honouring the personalities for their tremendous role in promoting the Sustainable Development Goals (SDGs).

The awards' plaques came in different forms, including horse, gold plates and cups with citations.

Foudjour was reported to have said the Friday event was to also “remember former United Nations Secretary General, Dr. Kofi Annan, and take inspiration from his leadership and diplomacy.”

A radio commercial recorded by DJ Black ahead of the awards ceremony clearly mentioned UN as part of the award. Online photos also showed instances where previous awards were handed out to recipients at backgrounds with UN logos.

The recipients of last week Friday award ceremony were convinced they were recipients of a UN-owned award scheme, but critics of the award said it is not a UN award.

UN is also yet to make official statement to that regard.

Fordjour and the personalities have since Friday been trending on Twitter.

In a video of him celebrating his triumph, he alleged that he had paid DJ Black more than GH¢10,000 to record the commercial for him.

D-Black had said in a series of tweets that his instincts told him there was something not right with the award but he still went ahead to pick it.

“I took the 'plaque' handed it over to my guy and walked straight out of the venue never to return. I realised Sark and his team had also absconded (lol). The plaque is still in my car boot. Yesterday noor @Abeiku Santana called me, I was at Aqua Safari on a boys boys trip,” he tweeted on Saturday.

“Shatta Wale on the phone explaining what actually happened with Mr. UN…Ebe now I understand but we move.

“By their suits we shall know them,” Sarkodie also tweeted. 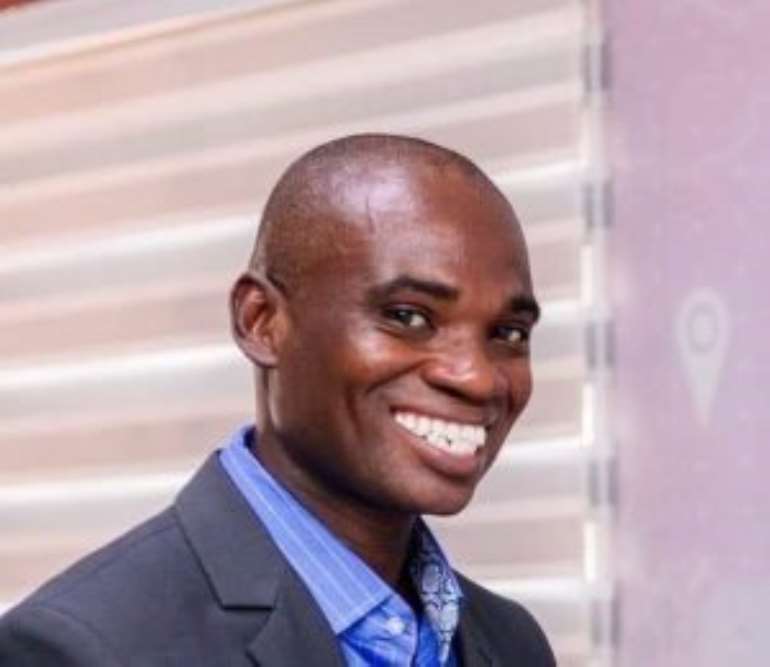 “Ballots without Bullets” Campaign out doored to intensify p...
31 minutes ago