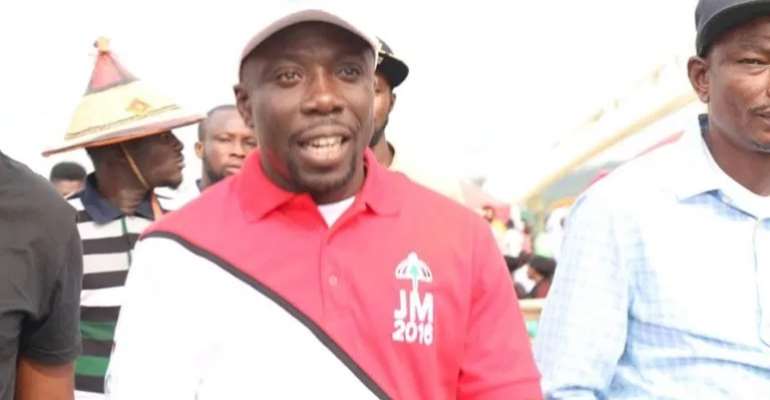 Popular comedy actor Clement Boney, popularly known as Mr Beautiful has named former President John Dramani Mahama as the only personality who has in depth knowledge to help shape the Creative Arts Industry when elected as President in the upcoming December elections.

According to him, apart from God, former President Mahama and the National Democratic Congress (NDC) are capable of reviving the ''dying'' entertainment Industry from the current Akufo-Addo administration.

To him, the Danquah-Busia tradition knows nothing about the movie Industry and cannot do anything for the entertainment Industry hence Mahama must win the 2020 general elections to help the Creative Arts Industry function on a better note.

The Bitter Taste of Love actor made this known in an interview on Okay FM's 'Best Entertainment Show' hosted by Halifax Ansah-Addo.

He said "The only person who can revive the entertainment Industry in Ghana is John Dramani Mahama because he is an entertainer himself, he's a creative person. I wish that every Ghanaian will get the opportunity and walk with Mahama for just 30 minutes, the person will understand his creative skills. Do you know Mahama is a DJ? The other side of Mahama is that big, he loves music. When given the chance, Mahama can entertain party crowd to their satisfaction.

"The only way for the Creative Arts Industry is Mahama, his previous works speaks for itself and from his own pocket, what he has done for the Industry folks and keeps doing shows it all. Just last 3 weeks, he(Mahama) sent me to the house of late Osofo Dadzie, it was from his own pocket. Ask the Children of the late Jonathan Amartey, they don't joke with Mahama because they know the kind of heart the man has for the entertainment Industry. Ask the wife of Bob Okala among others," he stated.