Ibrahim Mahama Not My Fiancé – Hajia4Real 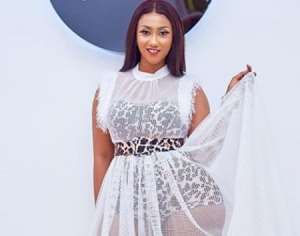 Hajia4Real, a popular Ghanaian socialite, has debunked rumours that she is having an amorous affair with businessman Ibrahim Mahama.

According to her, speculations that Ibrahim Mahama, who is ex-President Mahama's younger brother, gave her a Range Rover and a mansion to mark her recent birthday is also palpable false.

“Ibrahim Mahama did not buy that my house and Range Rover for me to mark my birthday as people are speculating; it is all false,” Hajia4Real said on Wontumi TV.

Even though Ibrahim Mahama graced her recent birthday bash, she stated emphatically that she and the business mogul are not dating; therefore, the false reports about them should cease.

According to Hajia4Real, she is not even a close friend of Ibrahim Mahama; therefore, she was utterly shocked to the marrow when rumours started spreading that she and Ibrahim were dating.

“I invited Ibrahim to my birthday party through some friends who are close to him. He came there for a short time and he spent some few minutes and left,” Hajia4Real recalled.

She said she is a 'Northerner' just as Ibrahim Mahama, stressing that “I invited him to my birthday because we the 'Northerners' see him (Ibrahim) as an inspiration for what he has achieved.”

According to the socialite, Wontumi alleged that Ibrahim Mahama had snatched her (Hajia4Real) from another popular businessman Kenpong; thereby, denting her image.

Wontumi was also reported to have alleged that Ibrahim Mahama gave Hajia4Real a mansion at Trasacco, a plush vicinity in Accra, and a brand new Range Rover to mark her birthday recently.

Interestingly, Hajia4Real did not comment about her alleged intentions of dragging Wontumi to court for defamation of character during her interview on Wontumi TV.

She revealed that she personally funded her recent birthday party with thousands of US dollars, reiterating that Ibrahim Mahama did not contribute anything to that.

“I planned about the birthday long time ago and that is why it was successful. About the Range Rover, I used my own money to buy it for myself on my special day. It was not a gift from Ibrahim,” she disclosed.