Ibra Will Still Face The Law - Ken Agyapong After Apology 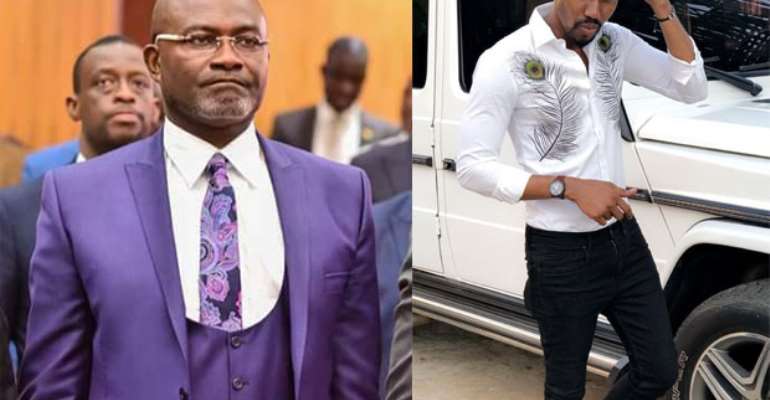 Kennedy Agyapong and Ibra One

Loudmouth politician Kennedy Agyapong has disclosed that he has forgiven Ibra One, otherwise called Ibra Dauda, for insulting him and President Akufo-Addo but will still face the law for defrauding people.

A week ago, Ibra One threatened to take the life of Mr. Agyapong. Prior to that, he dared the Assin Central Member of Parliament (MP) to respond to him within 24 hours if he claims to be perfect and is not afraid of him.

In reaction, Mr. Agyapong promised to expose Ibra's fraudulent and money laundering activities with his forex bureau. Also, he has allegedly been using cars he has not paid Customs duty on.

On Monday, Ibrah One’s elder brother, Abass Dawud, was on The Seat Show to apologise to the President, Mr. Agyapong and Ghanaians in general.

According to him, Ibrah One is suffering from a bipolar disorder and should be forgiven. He also pleaded with Ghanaians not to give Ibra One any serious attention whenever he shares anything on social media.

His medical report was shown to Mr. Agyapong to confirm his condition.

However, he was quick to add that Ibra would still face the law for criminal activities.

“…We can let go is where he insulted me and the President. If you look at his medical report and the messages he has sent, you can tell he is not normal… He is not mentally stable. The time he was supposed to be picked up was the same time his brother called and brought his medical report,” he revealed.