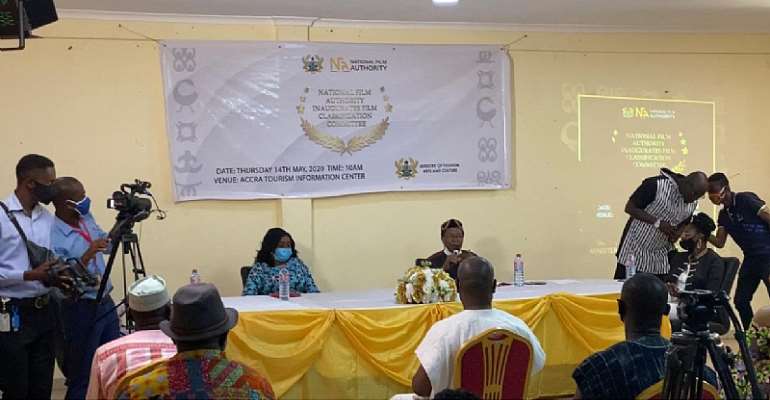 Veteran Ghanaian actor and Chairman of Ghana Film Authority, David Dontoh has said no local TV station has the right to show pornography on their screens.

Speaking in an interview with this reporter about classifications of movies and live shows, he explained that the Film Authority cannot prescribe all live shows but can only halt live shows when it is offensive to the public.

"An example is when GHOne was airing phonography materials during the lockdown, the news went around and they got a feedback to quickly take it off air", he said.

He added that apart from the fact that the pornography GHOne TV showed was not classified, it is also prohibited by Law.

"Whether pay or not pay TV, no station can show phonography unless ofcourse you have a special license”. he told attractivemustapha.com.

“We used to have a cinema that was showing pornography. During that time, they had a special license that permitted them to do it, but as far as I am concerned, the law does not permit anyone for showing phonography now.