Charterhouse Engage Stakeholders Ahead Of VGMA 21 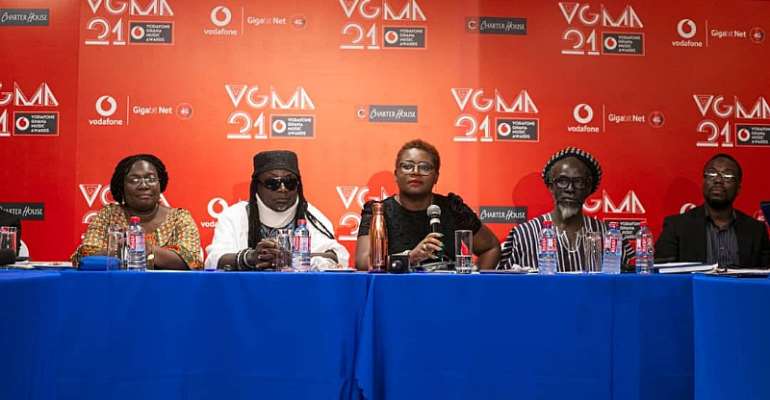 After celebrating its 20th Anniversary last year, Charterhouse has set off the VGMA21 by holding a series of design thinking sessions with industry stakeholders to gain insights and input into the design of the next decades of the event.

“The first two decades of the VGMA are done and have been successful, having thrown both National and International spotlight on Ghana’s Music Industry, whilst projecting and Celebrating our Musicians. Now it’s time to build the future of the scheme, let’s shape the next decades of VGMA together”, says Mrs Theresa Ayoade CEO of Charterhouse, calling on entertainment reporters, bloggers, pundits industry players and artiste managers, at the VGMA 21 Stakeholders Engagement sessions.

The two-day event, organized at the Alisa Hotel on the 23rd and 24th of January, 2020, is part of the awards scheme review process which started in December, 2019.

According to Mrs Theresa Ayoade, “This project started as private initiative, but over the years its grown to become an industry asset, and more so a national property. Our concern is about the future, and how to make this scheme last a century and outlive us. Charterhouse is 20 years this year, and in the next phase of the Ghana Music Awards, which was our first event, we look forward to great inputs from the industry to help make this scheme live to its fullest potential.”

Having already engaged sponsors and partners for insights and ideas on how to make the scheme more rewarding, the media, artiste managers and the entertainment industry in general were next in line. The purpose of the engagement was to open up conversation on the concerns, interests, complaints, ideas and vision of the stakeholders about the award scheme. The platform was also meant to clear up any misconceptions and provide clarity on any unclear issues about the VGMA.

A section of the newly constituted board were present to dialogue during the sessions. Issues discussed and ideas shared covered the Nominations, Categories, Artistes Conduct, Nominees Jam, Music Business Seminar, the Main Awards show and Security. On the whole, feedback from participants was great, for which Charterhouse expressed appreciation.

Talking to the newly appointed Head of Public Events & Communications, Robert Klah, he said “we are grateful for such inputs and for the free share of ideas from our stakeholders. Feedback of this kind only empowers Charterhouse to better serve the industry. We cannot wait to incorporate these great ideas and inputs into the design of the award scheme for the future, starting from 21st edition of the Vodafone Ghana Music Awards.”

The insights gathered will be reviewed and incorporated into the design of THE REFRESHED VGMA21 PLAN will be presented at a press briefing to be held at a later date.