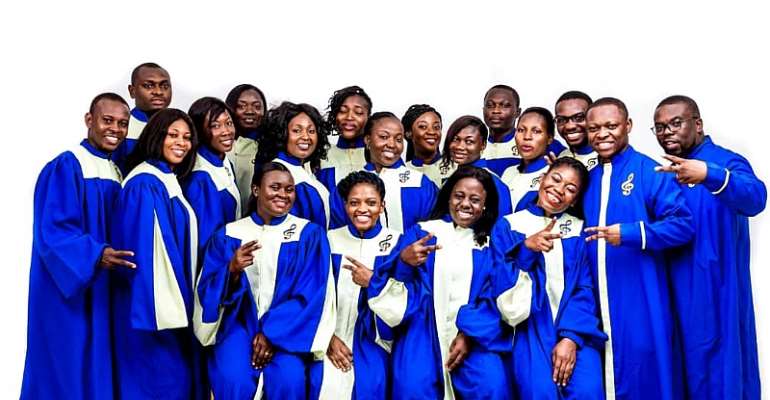 The group have been nominated at the 2020 edition of the most prestigious continental music award scheme, Maranatha African Continental Awards (MACOA 2020).

The contemporary gospel choir under the Global Evangelical Church (GEC), Kotobabi in Accra has over the few years, come from all odds to become buzzworthy at the Entertainment Industry across the board after blessing the industry with "Vovome" which had multiple award-winning gospel performer, Joe Mettle.

The group captured the attention of the Ghanaian gospel fraternity due to their ability to ‘modernize’ traditional songs coupled with their amazing vocal delivery.

They had recorded outstanding performances at the gospel fraternity last year whiles they emerged winners in all three categories they were nominated at the 2019 edition of 3Music Awards, being, Gospel Song of the Year, Gospel Act of the Year and Group of the Year respectively.

In the same year, the group broke the spell that has been hanging around the Vodafone Ghana Music Awards. Since 2000, no gospel group had ever won the award of "Group of the Year" until the invasion of Bethel Revival Choir. These achievements of the choir catapulted them of becoming the people's favorite and without being relent, they've permeated the new year with a continental recognition.

Being nominated at the "Best Gospel Music Duo/Band Marbeanatha Africa" category of the 2020 edition of MACO, Bethel Revival Choir will be competing with Ancers Music Group of DR. Congo, The Gratitude choir from Nigeria, Healing Worship Team from Rwanda and Joyous Celebration choir of South Africa.

The leader of the group reacting to the nomination expressed happiness, urged Ghanaians and music fans to vote in their numbers to enable the group win the category.

"This is a great achievement. To be nominated alongside Joyous celebration in Africa is an honour done us".

Concerning voting, it is of two folds.

"First phase commenced on January 7 and ends on March 7. Second phase starts same day and ends on April 7 as well. We urge all Ghanaians to vote massively for Bethel Revival Choir" he said.

Maranatha African Continental Awards is designed to acknowledge authentic biblical worship music and to honour exceptional individuals from around the globe.