GHAMRO Pays Ghc290 To Musician Who Cursed Them 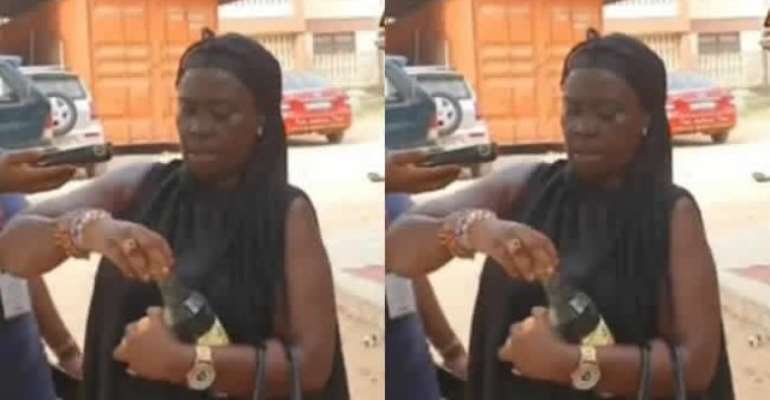 After the curses invoked on them, the Ghana Music Rights Organisation (GHAMRO) on Wednesday paid-up money they owed musician, Ama Rasta.

In an interview with Andy Dosty on Daybreak Hitz, Thursday, Ama Rasta revealed that an amount of Ghc290 was deposited into her account after her actions in front of the GHAMRO offices.

She claimed that her curses have gone a long way to prove that the organisation's hesitation to pay her royalties, was a deliberate act.

Ama Rasta, on Wednesday, went to the offices of GHAMRO to curse its workers over their failure to pay her royalties.

The artiste was seen in a video with a bottle of what looked like dry gin and some eggs in hand while making her threats at the premises of GHAMRO. 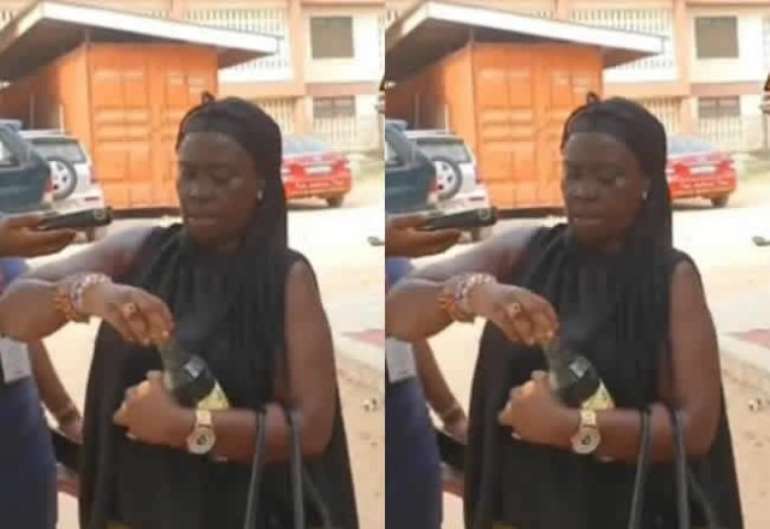 Ama Rasta told Andy Dosty that if she had not taken the steps she deemed necessary, GHAMRO would have kept the royalties due her.

She said the institution has on countless times, failed to tell her the exact amount of money she is supposed to receive as royalties.

Again, they have failed to tell her what the royalty they give her at the moment entails.

According to him, the individuals at GHAMRO whom the curse was directed at, don’t disburse royalties but a system is in place to handle the disbursement.

He also alleged that Ama Rasta’s actions were influenced by musician Akosua Adjepong, who is fighting the organisation in court over royalties.