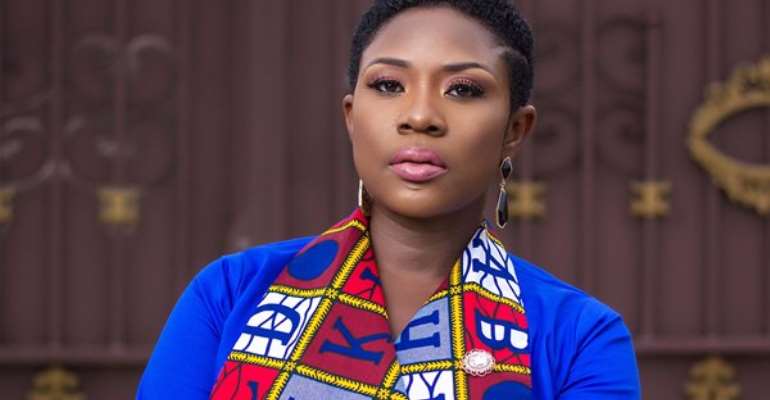 Kumawood actress turned musician Emelia Brobbey says she is never going to stop singing regardless of the negative publicity about her song.

However, the actress disclosed she is willing to work on her voice for Ghanaians to appreciate her songs more.

Speaking with Ruben on Kumasi-based radio station, Luv Fm, Emelia Brobbey said, “in most of the comments what I read is the voice. So, I know that they are criticising me so that I work on the voice."

She explained that she read social media comments to find out what Ghanaians wanted from her so she could produce songs they could enjoy and dance to.

Many people on social media called it trash while others claimed it could be added to the six killer diseases.

The song sparked a challenge which made fun of the actress and her song. Some social media reactions that followed suggested people wanted her to stick to acting.

But Emelia Brobbey said her detractors have another thing coming because she is not stopping music anytime soon.

The celebrated actress stated that she has more music in the pipeline.

According to her, people who believe she produced noise because of her voice only appreciate other genres of music.

Emelia's genre of music is highlife and she cannot sing that genre or do a live band with a Celine Dion voice, she told Ruben.

"So I sang Emelia Brobbey’s voice, that's what I did. I did me. I sang my voice. If Ghanaians are not happy and they think it's noise I’ll go do the homework and bring it," the ‘Adofo Asa’ actress said.

She thanked a section of social media that praised her work.

Emelia Brobbey said she was impressed with these fans of her's and their dedication in defending her against the trolls.