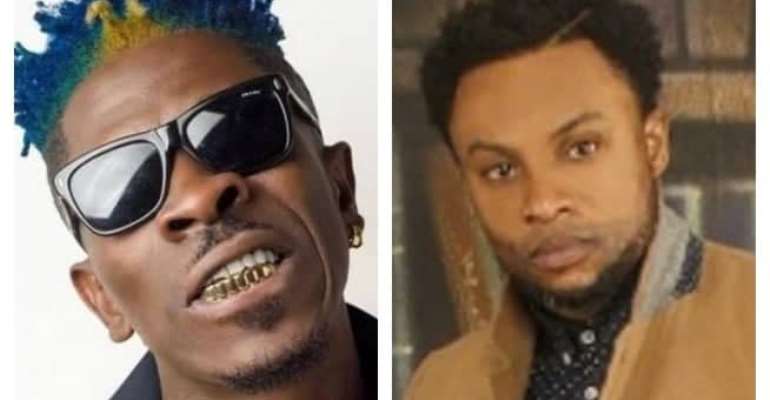 According to Matthew, it would make much sense for a gospel musician to feature a secular musician in order to sway his/her fans to become believers.

He made this revelation in an inspiring interview with C.O Sly, host of ‘Hot Rush Hour’ show on Accra-based Hot 93.9FM when he was asked whether he has any intentions of collaborating with a secular musician:

“Personally, I don’t have any qualms about that, in the sense that I’m singing based on motives and the endpoint is I’m proclaiming Christ if my spirit tells me to do it why not? I have always wanted to feature a secular musician,” Matthew revealed.

“Frankly, it would make much sense for a gospel musician to feature Shatta Wale or Stonebwoy than feature Qweci Oteng or Diana Hamilton…The bible says we should go all over the world to propagate the word, so as a gospel musician, I don’t have to perform in the churches alone. I need to win souls for Christ, so between a secular musician who is perceived to be an unbeliever and a gospel musician, who should, I feature? Obviously, it’s the secular musician in order to sway his or her fans to become believers.”He added

The “Nyame Ye” hitmaker emphasized extensively that,” It’s like a Gospel artiste performing in an auditorium where all sorts of the event take place and think it’s lousy to perform in the night club…How do you win souls? Let’s stop the hypocrisy”.

Born into a Christian musical family in Tema, Joseph Matthew learned to play various musical instruments from a tender age and sang in the church choir which was led and directed by his father.

In 2007, Matthew, who is also known with the hit song “ Hallelujah” caught attention and was featured in a magazine after a captivating performance at Stratford Rex, London.

He is set to perform for the first time in Ghana during this year’s yuletide season.