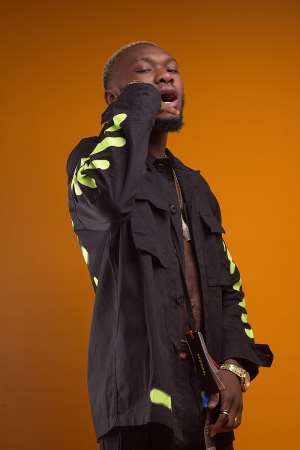 Teflon Flexx, the Northern Badboy, has shared that he used to feed on owls and snakes when he was growing up in his village up north.

According to him, the desire to survive and stay away from hunger, made him eat those earth animals.

In an interview with Sammy Flexx, host of ‘Showbiz Agenda’ on Zylofon 102.1, Teflon said, “I ate owls and snakes as food because I needed to survive from hunger. Back then in my village, there was nothing like a three square meal. The only meal prepared was Supper and breakfast was the leftover of the previous night ‘s food, so normally we take our catapult for wild hunting and what we get is for Lunch.

“ We hunt Owls and other birds , that was a regular delicacy in my village as a little boy I had no choice than to eat what I have hunted or else I won’t have anything for lunch. I am grateful to God now by his help I am able to choose what I want to eat.”

Teflon hails from the Upper East Region of Ghana and he is a Bulsa, and not a Nigerian artiste as most fans claim due to his accent and style of music.

He said, “People have a huge misconception of me being a Nigerian artiste, Nigeria is a great country but i am a proud Ghanaian from Upper East, I speak Buli so am a Bulsa boy.”

The artiste born, Akaateba Christopher has dropped great tunes like ‘ESKEBELEBE’ which featured Dopenation and was produced by twist of Dopenation, ‘Oreo’ which features Macasio,’ Village boy in suit’, ‘Murder’, and ‘Keep on Trying’ which is yet to be released

He has earned a nomination in both in GAMA 2019 and CBAZE 2019.He has been on major stages to perform this year like ‘Loud in Bokom’ concert which was hosted by Tinny and Shatta Wale, ‘Total Shutdown’ concert at the Bukom Arena in Accra hosted by Maccasio, ‘ Reign Concert’, ‘This is Tema’ etc.