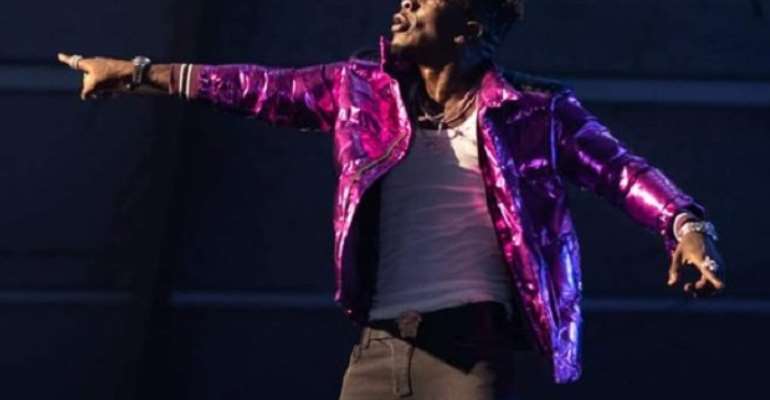 Dancehall artiste, Shatta Wale, launched his next studio album titled 'Wonder Boy,' during the second edition of his 'Reign Concert,' at the Fantasy Dome in Accra on Saturday.

It was indeed a big album concert as it attracted a huge number of music fans who came from different walks of lives to celebrate and welcome the new Shatta Wale album.

Wonder Boy is an eleven-track album that has songs such as Halfcast, California, By All Means and Melissa, which is already gaining massive airplay.

The concert closed at 6am, Sunday morning. It had performances from a long list of Ghanaian artistes; including them were Kwaw Kese, Medikal, Keche, Criss Waddle, Kuame Eugene, Fameye, Wendy Shay and a host of others.

Shatta Wale performed most of his hit songs as his loyal fans sang along his performance.

One of the highlight of the show was Shatta appreciating his fans with gifts while performing.

The Infinix brand ambassador, midway through his performance, gave fans Infinix phones and other products. This was to show his appreciation to fans that support his music and career.

The concert has been trending on social media circles over some incidents that took place on stage. Among them are, a young musician, Fantana who allegedly flashed a sanitary pad she was wearing under her pants and also Kwaw Kese being attacked by fans who didn’t like the idea of him sharing a stage with Shatta Wale.