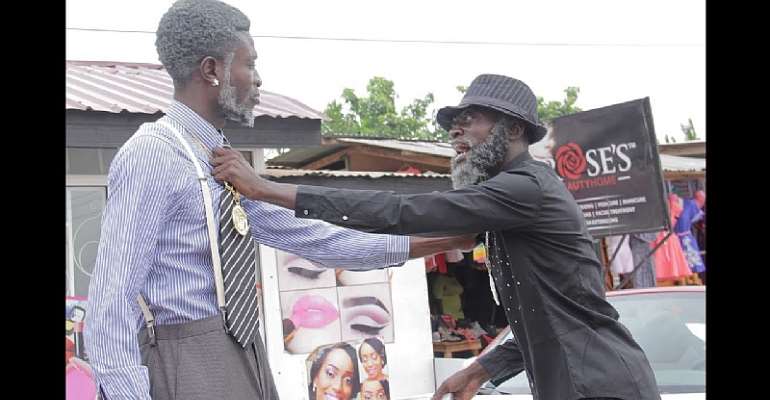 Speaking with Ghanacelebs.com, the actor said the short funny films are not just for laugh but for education on Sanitation.

He added that it is very disappointing that sometimes, drivers and occupants of luxurious vehicles will shamelessly throw away litter from their vehicles. Sometimes these are well-educated persons expected to know better.

"As the rainy season proceeds, it is uncommon to see chunk of rubbish overflowing gutters and choking some, with the associated effects being flooding and outbreak of sanitation-related diseases," he said.

"This indiscriminate littering must stop. It is totally unacceptable and regrettable that the once law-abiding Ghanaian has become recalcitrant and has developed poor attitude towards the environment I hope we all learn something from these short videos".

He further explained that the government, law enforcement agencies, and the citizenry must play their respective roles to make indiscriminate littering history. If we will win the war against littering and poor sanitation in general, we must all play our part.

Approximately 19,000 Ghanaians, including 5100 children under 5 years die each year from diarrhea due to lack of access to safe water and sanitation facilities in the country according to Water Aid Ghana.

Watch some videos below: