One on One with : NAUTYCA 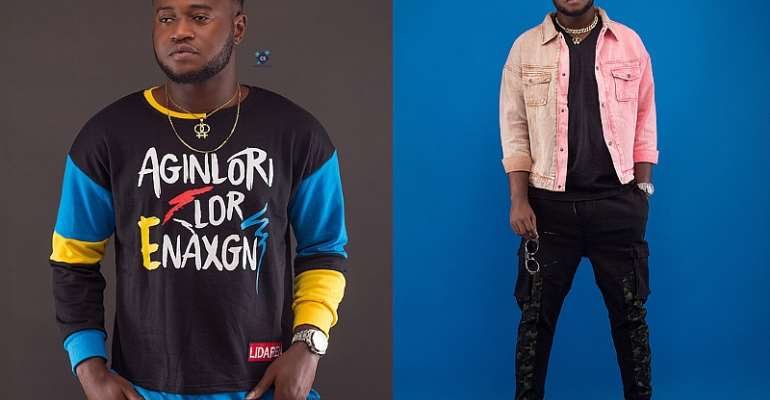 As you go throughout your day, going to work, school, church, friends’ home, there may be times when you sit back and find yourself reflecting on life, while humming the extremely popular song “Problems” by Nautyca, featuring Akwaboah. Nautyca, the latest musician on his scene, is making his way into our hearts with his catchy tune “Problems,” a song that any and everyone can relate to. Read the interview below to find out more about the musician Nautyca, a Ghanaian musician who is making big waves in the Ghanaian music scene and will continue to make even bigger waves in the future.

1. Tell us a little bit about your background- your family and education, where did you grow up?My name is Jeffery Gordor, from the Volta Region. I come from a family of 5 with 2 siblings. I am the eldest. I grew up in Tema, Community 2, and completed Ghana Secondary School.

2. When did you first realize that you were interested in being a musician? I kept on winning all the battles and every fun fair I attended. Sometimes I would take other people’s songs and blend it with my verse. which would turn out great.

3. When you realized you wanted to be a musician, what steps did you take to turn your dreams into a reality? I started writing my own songs and began with demo recording, but I then joined a Klan called All Klan.

4. Who were your favorite musicians when you were growing up?

5. How did you choose the name “Nautyca”? It was first Nauty because my friends thought I was, until I rebranded the name to Nautyca. I settled on Nautyca because I am coming from the harbour, Tema.

6. Which musicians would you like to work with? Obrafour, Wizkid , Phyno, Burna Boy, and Davido.

7. Tell us about Fly, Love You and Fuushi—what inspired those collaborations? They were inspired by the beats and some kind of excitement on that day.

8. What year did you officially enter the market as a musician? 2012.

9. What struggles, if any, did you face when you first entered the Ghana music scene?

My struggle was with promotion, struggling to get the right connection.

11. What is the best advice you have received as an entertainer? To first serve my people before me.

12. How would you describe your style of music?Highlife.

13. How did your latest collaboration with Akwaboah come about? Who created the song, how did you decide who to collaborate with? My management made this collaboration possible. The best also called for Akwaboah.

14. “Problems” is a song that is getting played around the world. Why do you think this song is so popular amongst the listeners? Why are people connecting with this song?

I think people are relating to this song because we all encounter problems daily.

15. What inspired you to write the song “Problem”? A conversation with Akwaboah.

16. In your song, you name very well-known people in Ghana. Have they contacted you after hearing their names in your song? No one has contacted me yet, but I know they will.

17. Out of all the songs you have performed/written, which ones are your favorite and why? They are all my favorite songs because I relate to each of them, depending on my mood.

18. Have you ever released a song which surprisingly became more popular than you originally assumed? Yes, Chocolate .

19. Describe the way that you write your songs-what factors into your music writing process?

I do write songs, but usually it comes from within when I am in the studio.

20. What inspires your music writing? Beats.
21. As you go around the country doing press tours and becoming more well known, due to your songs and music videos, have there been any surprises? Have you had any interesting fan interactions.

I do have some interesting moments with fans out there . It is something that happens regularly.

22. If you were not making music, what do you think you would be doing in your life?

I would be a football star like Drogba.
23. When people hear your music, what do you expect them to feel?

Good energy.
24. What can we expect from you, musically, in the near future? Bringing back highlife music, and creating great albums with big features.

Fun Facts about Nautyca:
Favorite Movie:Merlin
Favorite TV show: Crime investigations
Do you play any instruments? If so which ones: Conga

Favorite song : Ada Ada by Flavor
Favorite color: White
If you were being sent to a secluded island, and could only take three things, what three things would you pack? I can’t tell

If your friends were asked to describe you, what three words would they use? Leader , Nauty , and handsome

Tell us something most people don't know about you: I am a good footballer

More Interviews
ModernGhana Links
Vodafone Ghana Music Awards 2021: Diana Hamilton Grabs 6 Nominations
Ladies are not Ready to Build with any Man...Flora Jacobs
Salma Mumin Debunks Rumour That She Removed Her Butt
WATCH: Travel the world amidst COVID-19 with Jynna Asiedu-Ofei and her Borga Diaries
Teni: Humanity Over "The Industry"
We Had Sex In A VIP Bus---Fameye Recalls Regrettable Experience
All Those Who Made Promises At My Father's Funeral Have Not Fulfilled Even One--Late George Forest Son
Bosom P-Yung Appeals For Funds
I Won't Bother Myself To Prove My Doubters Wrong—Bosom P-Yung
TOP STORIES