I Need GHC40,000.00 To Restore My Eye Sight—William Addo Appeals 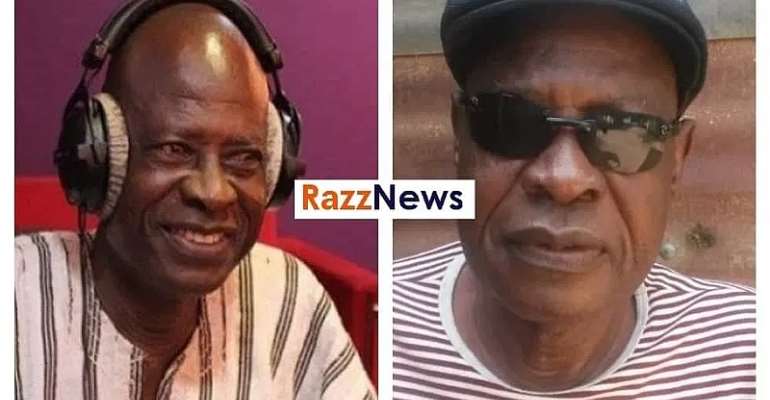 Veteran actor, William Addo aka Akpatse, has made a passionate appeal to President Nana Akufo-Addo and the general public to support him financially to undergo restoration of his vision.

RazzNews.com earlier reported that the veteran actor had gone totally blind after undergoing two glaucoma and Cataract surgeries in 2016.

According to the report, doctors at the Sogakope Hospital after undergoing series of tests in 2018, came to a conclusion that the veteran actor will never see again.

But speaking in a telephone conversation with RazzNews.com, the veteran actor, Akpatse indicated that a Naturopath Medicine expert in Natural Eye Care and Alternative Vision restoration, Hilary Hayford from the Proven Health Solution Centre at Dansoman, Accra has revealed that he can restore his sight:

“There is HOPE!!…a Naturopath expert in natural and alternative vision restoration called me from Proven Health Solutions Centre at Dansoman in Accra, and told me he can restore my site…but there is a big problem…the doctor claims the cost of the surgery is GHC40,000.00…And, my brother Razz, where will I get such a huge amount of money from? Akpetse sadly revealed.

In a sorrowful mood, Akpatse who normally plays the role of a trickster in all his movies pleaded that” Those who may like to help him raise the funds can send through my MTN mobile money account 0242688801(William Addo) and through my GCB account number 5121120004800 (William Addo).

Akpetse, before appearing in a number of Ghanaian movies was a stage actor who studied at the School of Performing Arts, University of Ghana He was retained as a teaching assistant at the school for his brilliance after he graduated.

He later went abroad on a scholarship to have his masters degree and came back as a lecturer in charge of acting at the Theatre Arts Department of the School of Performing Arts, University of Ghana.

Akpatse, as he is famously referred to, was later asked to go and work at the National Theatre where he was in charge of concert party productions. He shot to fame through the popular TV series, ‘TV Theatre’.