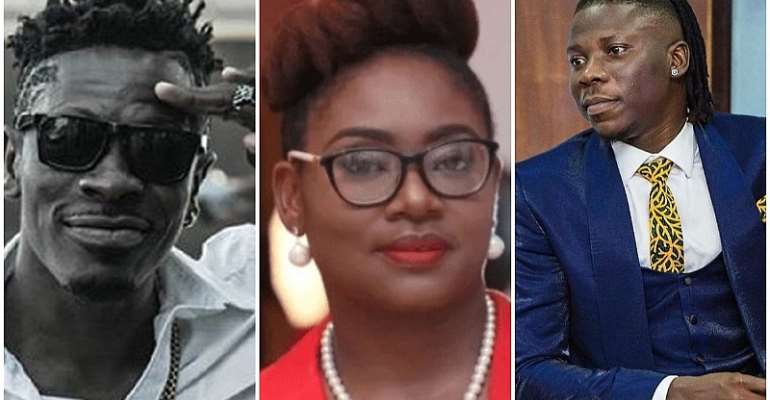 The Chief Executive Officer of Charterhouse, organizers of the prestigious Vodafone Ghana Music Awards (VGMAs), Theresa Ayoade, has described the behavior of Shatta Wale and Stonebwoy at the just ended VGMA as selfish.

Speaking at a press conference held in Accra on Thursday, Mrs. Ayoade, who expressed unhappy about the brawl which disrupted the awards night, said Shatta Wale and Stonewoy only thought about themselves and not the greater good of the music industry.

"I must say that we thank God because it could have been worse than it was and we keep asking ourselves what were they thinking. We felt that the action that occurred was very selfish. They were thinking of only themselves and not he greater good of the industry and the greater image of Ghana as a country because we were being viewed by the World," she said.

However, Charterhouse has banned the two rivalries indefinitely from participating in all aspects of the country’s foremost music award scheme, the Vodafone Music Awards (VGMAs).

The two Reggae Dancehall artistes have also been stripped off all awards they won at the 20th VGMAs.

This decision was taken by the Board of the award scheme following a brawl between the two feuding musicians at the 20th anniversary of the VGMAs in Accra last Saturday.

Below is a video of how the ban was announced: