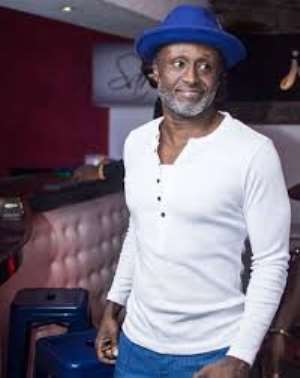 The Godfather of Hiplife, Reggie Rockstone says he dropped his rap tune 11 – 11 to send a strong message to new rappers that he is still around and can do more than they are.

The music which features a hardcore rap from both musician triggered the debate on how energetic the 55-year -old rapper Rockstone is compared to other musicians within the age brackets.

On the track, Reggie Rockstone was indeed able to show that he is still on top of the game when it comes to rap.

Some entertainment critics have said that Reggie raps better than most of the new crop of rappers in town though none was able to mention names.

However, speaking in an interview with Kumasi based Fox Fm, the rapper noted that, his new track dubbed 11 – 11 featuring Sarkodie was to send a stern warning to rappers that he is still around.

“I wanted the young rappers to know that indeed I am still in the game”, he said.

Reggie Rockstone is a Ghanaian rapper. He was born in the United Kingdom but lived his early years in Ghana in Kumasi and Accra. He has been living in Ghana continuously since he pioneered the Hip-Life movement in 1994.