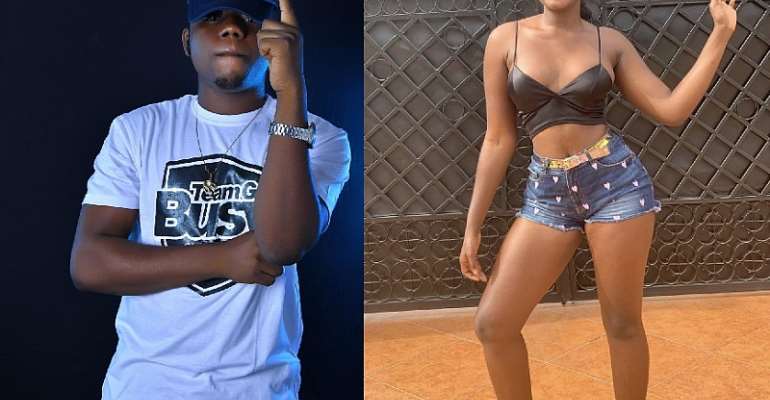 When almost every musician is crushing on the likes of Beyoncé, Cardi B, Nicki Minaj, to mention but few, rapper Star Moni says his all-time female celebrity crush is Yaa Jackson

During an exclusive interview with him on Black Legendary TV, Star Moni confesses his love for the tear rubber hitmaker, and plans on meeting and asking her out

Star Moni commenting on Yaa Jackson’s talent says, I have been a fan of Yaa from her movie days till now and I think Ghanaians are sleeping on the actress/songstress because she isn’t getting the attention she deserves

In disclosing what turns him on about Yaa, Star Moni says

I love everything about that girl Yaa Jackson especially when she smiles, it brings a whole different feeling of love to me. Star Moni stated

Asked if he has had the chance to tell Yaa how he feels, Star Moni said

I once booked a flight to one of her shows in Kumasi but right after the performance, her management were all over her so I couldn’t get close enough but anytime I meet her in person, I will definitely tell her