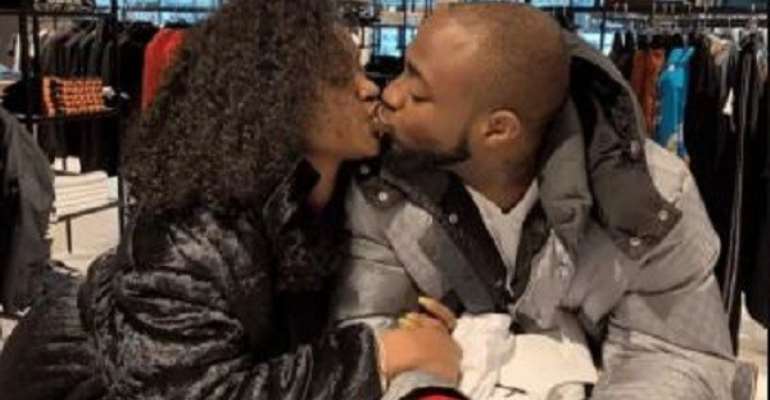 David Adedeji Adeleke, better known by his stage name Davido, is a Nigerian singer, songwriter and record producer. His 2011 single "Dami Duro" was well-received throughout Nigeria. Along with his elder brother Adewale Adeleke, Davido is the co-owner of HKN Music.

The talented musician is rather seen as the “ladies man” as h is rumoured to have multiple women he hooks up with.

He has been accused several times by his long-time girlfriend Chioma of infidelity. There has also been rumours of them breaking up on several occasions.

Following the breakup rumours that was ignited after her Instagram account mysteriously disappeared, lovebirds, Davido and Chioma have been spotted together once again to put the rumours to rest.

This is coming after the singer stated that his babe was taking a break from social media to concentrate on her career as a chef.

In the new photo of the sweethearts together, Davido is seen planting a kiss on the lips of his girlfriend, Chioma as they reunited in London.

Davido who is in London preparing for his January 27th show took Chioma shopping and while they were at it, took a break to have a P.D.A.