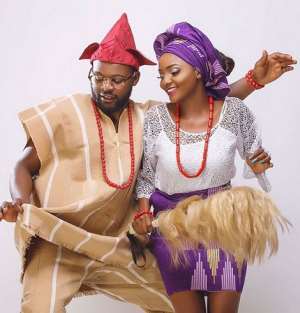 The couple is seen in a video posted on Instagram dancing at a traditional wedding.

The video posted by Wedding Digest Naija was captioned “#Simi and #AdekunleGold’s Love Chemistry is out of this world! Moments from the couple’s #tradwedding.”

The wedding is rumored to have been attended by 300 guests filled with close friends and family.

Simisola Bolatito Ogunleye and Adekunle Kosoko were rumored to have been dating but had not been confirmed until they kissed on stage at Simi’s concert in Lagos.