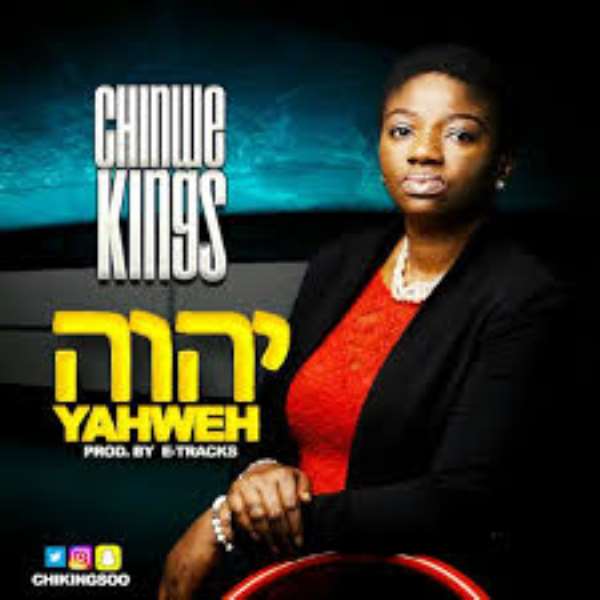 Chinwe Kings worships the name of God the Creator in the E-Tracks produced track titled Yahweh. The official music video was shot in Houston, Texas, and directed by Baba Magana. Watch the music video snippet below:

With the real name Chinwe Kingsley, she grew up in the Eastern part of Nigeria where she had her primary, secondary, and tertiary education.

After Chinwe Kings graduated from college (Enugu State University of Science and Technology), she got married to an Engineer. Who later became an RCCG Pastor, Mr. Kingsley.

She started music professionally in 2010, and released her debut album titled “Praising Jesus Is My Hobby” in 2013. Inspired by God’s faithfulness and love, influenced by Juanita Bynum, Yolanda Adams and Sinach, Chinwe Kings has the vision to impact/reach out to her generation with the love of Christ through inspirational songs and Teachings… Lifting Jesus up everywhere she goes that He may draw all men to Himself.

Hottest Photo Reports
Catch up with all the political quotes from our politicians.
Advertise here
More Gospel News
ModernGhana Links
Rising MTN Hitmaker winner Adepa Zela features Joe Mettle on new single ‘My Miracle’
Diana Hamilton won the Artiste of the Year award by favour — Gospelact, Carl Clottey
Diana Hamilton deserved the VGMA Artist of The Year - Joe Mettle
My song was the first gospel song to break secular music oriented media platforms - Cwesi Oteng opens up
SK Frimpong to headline "Feast Of Worship" 2021 at Bogoso
'Where would I Be?' is my experience with God- Eric Jeshrun
I want to collaborate with Shatta Wale - Legendary Hannah Marfo
Gospel artistes are hypocrites; this world we live in, no one is holy – Empress Gifty
Eric Jeshrun, Cynthia Appiadu, Onos Ariyo & others for August Worship
TOP STORIES