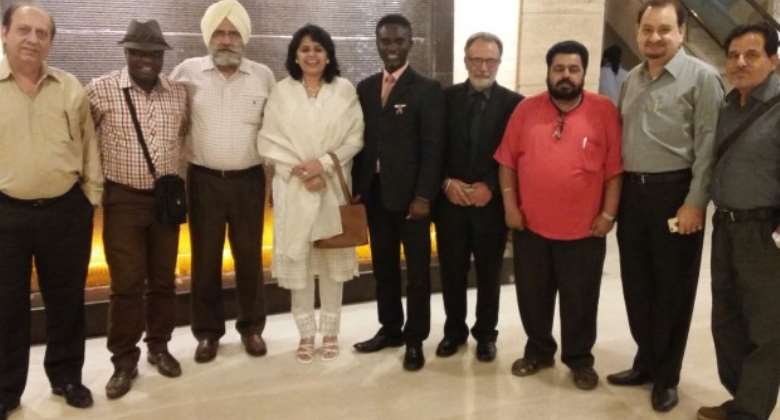 The national president of the Film Directors Guild of Ghana (FDGG), Richard J. A. Boateng, is still in India negotiating a partnership deal to develop and integrate the Ghanaian and Indian film industries.

He met with the president and executive committee members of the Federation of North Zone Film and Television Associations of India and discussed pertinent issues that will inure to the benefit of film practitioners in both countries.

Speaking at the meeting was Mr J. S. Cheema, president of the Federation of North Zone Film and Television Associations of India, who was happy to receive the Ghanaian delegation and applauded the decision of both countries to collaborate.

He revealed that there are different film industries in India but the most recognised ones are Bollywood, Pollywood and Tollywood.

Pollywood, he added, is currently the fastest growing industry among the three.

He was thus grateful that Ghana chose Pollywood as its first entrance into India's film industry.

Also in the meeting was Haruna Seidu Soale aka Zoree, the Greater Accra Regional Director of FDGG.

'The meeting was very successful. We have arranged for subsequent meetings to come up with a memorandum of understanding which will benefit both countries,' Mr Boateng told NEWS-ONE.

The Ghanaian delegation has been in India since September for a two-month industrial programme on post-production and special effects (SFX).

This is courtesy the Indian High Commission in Accra and is aimed at offering an opportunity for both the Ghanaian and Indian movie industries to learn from each other.

The Ghanaian delegation took part in a number of bilateral relations forums with stakeholders of the Indian film industry to bring the integration and collaboration both countries seek.