Please Cause The Removal Of Driver-Unfriendly Speed Ramps At Dawa: An Open Letter To The Road And Highways Minister 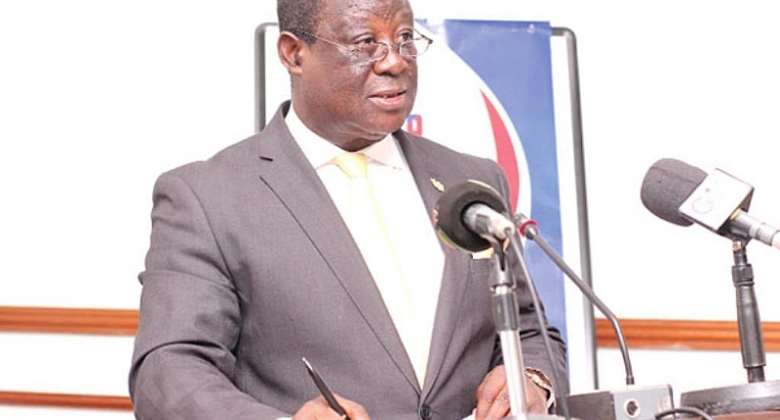 Felicitations to you, Hon. Kwasi Amoako Attah- Minister of Roads and Highways. I know you have a lot of work to do in the infrastructural sub-sector mostly referred to as the road sector. However, I want to draw your attention to some looming danger on the Accra – Aflao Highway. I will love to see a similar action of yours at the airport residential area in Accra when you ordered the demolition of a 22-storey building last year following incessant complaints from residents of that suburb of Accra.

Honourable Amoako Attah, there are some driver-unfriendly and potential accident causing speed ramps constructed at Dawa on the Tema-Ada stretch of the Accra-Aflao Highway. Dawa is one of the settlements on that Highway. It is located within the Ningo-Prampram District of the Greater Accra Region. I suggest that you kindly cause an expeditious removal of those speed ramps and sanction reconstruction of better ones for that community. Herein this piece, you can behold an image of one of the driver-unfriendly speed ramps at Dawa.

Honourable, permit me to enumerate vivid descriptions of the speed ramps as follows.

My Speculations Regarding The Dawa Speed Ramps

Honourable Road Minister, I can conjecture that the people of Dawa wished that speed ramps were part of the original road engineering works when the road was being constructed. However, their wishes were not made a reality by the road engineers. Again, the Dawa community might have requested for such speed ramps but to no avail, so they went for a self-help project to serve their purpose. Serving their purpose, however, poses danger for motorists on that stretch of the international highway.

Honourable Amoako Attah, a similar situation was the case at Kasseh-Ada on the same Accra-Aflao Highway and last year, some concerned youth of Ada started constructing their self-help speed ramps. Unfortunately, the Ada youth were allegedly brutalized by personnel of the Ghana Armed Forces (GAF). This was because the people requested for speed ramps several times from the Ghana Highways Authority (GHA) but their request was either not granted or ignored. The youth, therefore, took the law into their own hands and blocked the Accra-Aflao Highway at Kasseh and set fire in the middle of the road. It was reported that the soldiers who were on their way to a funeral elsewhere beyond Kasseh became stranded by events so they removed the road blocks and brutalized some of the youth. Some were injured. This incident happened in October 2019, Honourable You may refer to the story on Ghanaweb on the URL https://www.ghanaweb.com/GhanaHomePage/NewsArchive/Soldiers-brutalise-stubborn-Ada-youth-793914

Honourable Amoako Attah, even after that incident, Kasseh is still without proper speed ramps.

Honourable Road Minister, it is an oft occurrence that when the people demand for public goods for a long time and they are not getting them, they tend to breach the law in their bid to provide a self-help antidote to the identified public problem that affects a particular segment of society. That is why I always disagree with Thomas Dye’s (1998) assertion that public policy means, “whatever governments choose to do or not to do.”

Honourable, the non-excludability and non-rivalry nature of the highway as a public good will not motivate a profit-oriented private organization to construct the speed ramps. As such, the GHA must engage the community in need of the speed ramps and see how best to handle the communal concerns. So long as the community members feel ignored, we will continue to see these Dawa driver-unfriendly and potential accident causing self-help speed ramps on our roads and the international highways too will not be spared.

I hope ardently that this open letter comes to your attention. If it does, then my avid hope is that you will proffer an expeditious solution to the problem. Until then, I say: