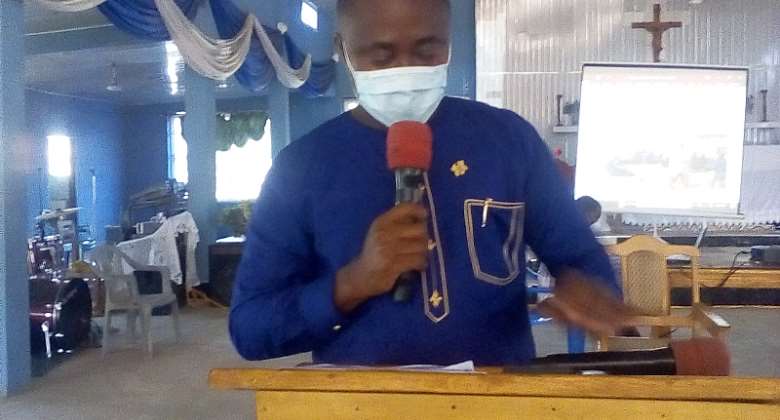 The Atebubu-Amantin municipal chief executive Hon. Edward Owusu has briefed the Bono east regional minister Hon. Kofi Amoakohene and the regional public health emergency committee on activities the assembly has undertaken so far in the fight against the covid-19 pandemic.

The briefing formed part of a two-day tour which also took the minister and his team to the Pru East and West as well as Sene East and West districts.

According to the MCE, the assembly has procured about 800 veronica buckets in addition to 100 received from the government as well as an undisclosed number donated by the Bono East regional minister who incidentally is the Member of Parliament for Atebubu-Amantin.

He said these buckets in addition to accessories like hand sanitizers, liquid soaps, and tissue papers have been distributed to government institutions, traditional councils, Zongo chiefs, markets, lorry parks, health facilities and communities among others to aid effective handwashing adding that the assembly has distributed over 3000 hand sanitizers in the municipality.

He said to make water readily available for these handwashing facilities, 2 Rambo 1000 polytanks and 4 Rambo 250 polytanks have been installed at various markets with another 2 Rambo 500 polytanks in line for installation.

Hon. Owusu told the minister and his team that in order to send the covid-19 message across effectively, the assembly has engaged traditional authorities, religious leaders, traders, transport operators, and other identifiable bodies. It has also used radio as well as supported the Information Services Department and the National Commission for Civic Education on-field outreach programmes in communities.

He, however, mentioned the arbitrary increment in transport fares by drivers and a lack of adherence to social distancing as the main challenges facing the assembly.

The Bono East regional director of health Dr. Fred Adomako Boateng indicated that 80% of infected persons do not show signs of covid-19 adding that isolation and quarantining are very key to the control of the disease.

The Bono East regional minister Hon. Kofi Amoakohene said the government is doing all in its power to ensure the safety of all Ghanaians saying all decisions made by the President in respect of covid-19 are based on sound technical advice.

The team later inspected a two-room 16-bed facility designated as an isolation center at the New Kokrompe senior high school, water installations in Atebubu as well some hand washing facilities.