It Is Only Lock Down That Has Been Lifted, And Not Our Heads 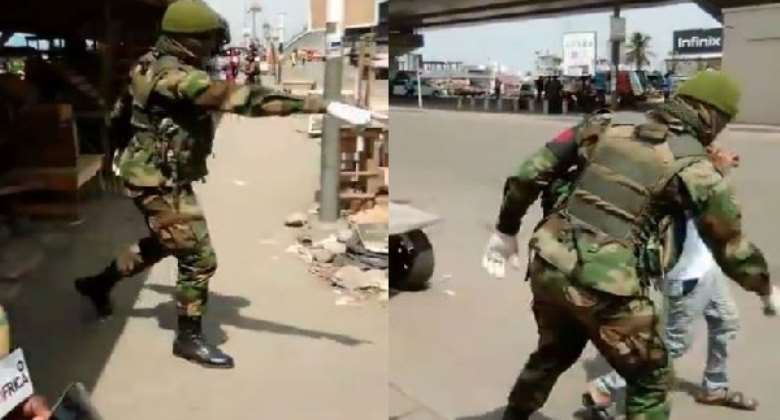 Let's trust the judgment of our national leadership ie Executive, Securocrats, and health experts because they know what we don't know.

All things being equal, the argument that we (as a country) announced a lock down at hundred cases and lifted it at thousand remains lame and moot in the face of available evidence that many of the positive cases have been identified since aggressive contact tracing and testing commenced, and have been quarantined for treatment.

It is my considered view that, what most people are overlooking in this whole enterprise of "unlocking of the lockdown" is the security and intelligence aspect which is a major part of the entire ecosystem Covid-19 presents.

I'm wondering whether those engaged in the back and forth arguments since the "unlocking of the lockdown" was announced by His Excellency last night have considered the following;

1. A situation where the "hunger virus" frustrations expressed by many of the people in the vulnerable/"hand to mouth" bracket were to accentuate into demonstrations in the restriction zones.

2. A situation where business owners, store keepers, chop bars, tailors, barbers etc were to run out of food or cash and decide to open their shops in blatant disregard of the restrictions.

3. A situation where car owners for examples were to have their cars grounded requiring a fix at say Abossey Okai and demand that spare parts dealers be exempted from the restrictions.

4. A situation where people in the vulnerable bracket become fed up with the one meal a day and begin to register their displeasure and or bare their teeth at the system.

Have they considered the implications of these and many more?

Well, as far as I know, there has been only an unlocking of the lockdown in Greater Accra and Greater Kumasi general areas.

All restrictions including that which has to do with large public gatherings and so on still stands. In the same manner, there haven't been any restrictions on hand washing with soap under running water, constant usage of hand sanitizers also known as "anti nanti lizer" wearing of masks, social distancing aka "soldier discount" among others.

Again, there was no announcement whatsoever in relation to a reduction in the capacity of our individual medulla oblongatas.

No one has asked as to stop using our heads even though I agree that some people have water instead of grey matter in their heads who will go about walking carelessly with their heads down and legs up.

It is only lock down that has been lifted, and not our heads. We are still at liberty to use our head.