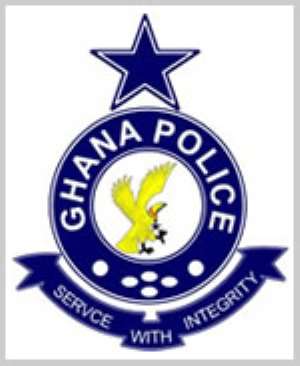 Let's assume without admitting that all the videos we have seen in the last few days, including the ones pulled out from dusty archives of media houses, galleries of resurrected smartphones - as well as those within and from without our jurisdiction ceteris paribus, authentic and hold true.

Let's agree further in absolute unanimity that, what we have all watched of the alleged excesses involving some police and military officers are indeed, and in fact, footages captured by citizen journalists or mainstream media persons at various locations from the ongoing enforcement of restrictions per law on Greater Accra and Greater Kumasi general areas are all true.

To the extent of the above, are in bad taste and smacks of unprofessional conduct on the part of those officers. Simplita!

I will like to join you in condemning such brutish behavior in such a humanitarian rather than combat operation. And to say that all of you are perfectly right in your condemnation and in many cases justified anger.

That said, permit me to kindly caution that in your quest to find fault with the security agencies and or before you condemn them.

kindly be advised that these are not normal times and that our country is at war, and these officers - police and military, are leading the charge on the enemy (coronavirus-Covid-19) to save all of us. Whoever is seeing to be doing things that capable of putting us in danger, should be treated as an enemy of the state.

Therefore, it is important the actions and in actions those who go on the tangent of condemnation, do not directly or indirectly affect the sensibilities of the officers and to lower their morale in their quest to right things.

May I invite you to ponder over the following;

1. Our country has an enemy (coronavirus outbreak) to contend with, and the commander In Chief of the Ghana Armed Forces realizing that his country and her people face a never seen before the existential threat to their survival has declared war; deployed his forces and resources to do battle.

2. A law has been passed by the representatives of the people -parliament, under a certificate of urgency which was duly assented to by the president making it law.

This law, has come to ensure that some of our rights under Chapter 5 of the 1992 Constitution are "taken away from us" at least for as long as this deadly affliction endures.

3. There's a pandemic currently as we speak that is threatening to wipe out humanity including you, me, the police, military, civil, public and private individuals, the person(s) in the viral videos many of whom by all intents and purposes, have no business being outside their homes as per the dictates of law (imposition of restrictions) and every single Ghanaian for that matter if care if not taken.

4. Recalcitrant individuals many of whom are on record to have said that even though they know they are not supposed to come out from their various homes but are doing so out of curiosity to see things for themselves oblivious of the dangers their actions.

5. Members of the security agencies also have families and love ones and therefore are not on the streets for the fun of it. And that if they had their way, they will also be staying home with their families.

6. The instructions given before the imposition of restrictions restrictions are so clear and unambiguous. Apart from those who fall under those classified the list of exemptions, all other persons have been advised to stay home as much as possible unless they have to buy food and other essentials so specified.

7. But what do we see? People are all over the place in town gallivanting around as though we were in normal times which shouldn't be countenanced in any way.

If stay home means stay home, why are some human beings trying to make things difficult for themselves and all of us including the security agencies enforcing the lock down?

Fellow Ghanaians, if you agree to the foregoing and many others I have not captured in what I enumerated above for want of time; I'm sure you will on hindsight reconsider your unquenchable taste to run the security agencies down at such a crucial time in our lives and in fact, the life of every single soul on earth today.

Wouldn't it rather be more responsible, if all your concerns are directed to the appropriate quarters for redress instead of taking to social media in an organised deliberate malicious calculated fashion, to demoralize members of the Operation Covid Safety teams?

If we all agree that we face an existential threat to our lives which require us to take action. That there are some people who are generally troublesome, difficult, and cumbersome to deal with.

Then let's also agree that some of them require a certain measure of straightening when they venture out onto the streets.