Terrorist Attacks: What You Need To Know Before And After An Attack 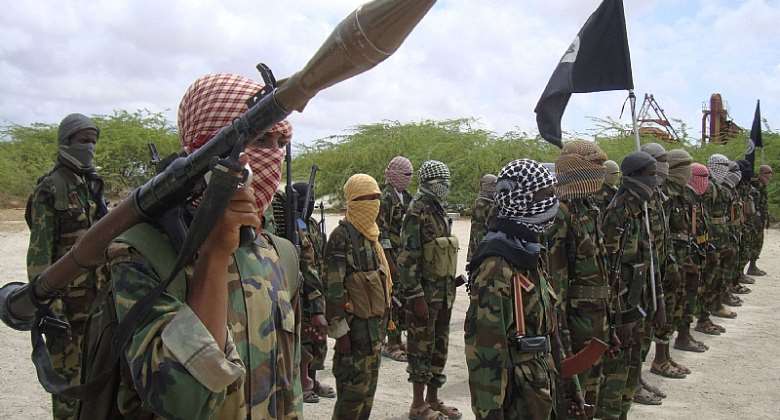 A couple of African countries have suffered various forms of attacks from terrorist groups associated to well established and powerful terror groups such as Al-Qaida, Boko Haram IS (so called Islamic State) Al Shabaab etc.

In the Arab Maghreb for example, Morocco, Egypt, Algeria, Libya and Sudan, have had to deal with one attack or the other in the past and they continue to come under attack.

Kenya, Somalia, Cameroon even big brother Nigeria have all so far suffered one or two attacks at the hands of terrorist groups and they are not taking things laying down. They are doing everything possible to keep these terror groups a bay.

Like I indicated, Almighty Nigeria, our closest English speaking neighbour has received its share of attacks from these terror groups.

Our Northern Neighbours Burkina Faso, is currently nursing its wounds after coming under attack very recently. Also, our Western neighbours Ivory Coast not too long ago, came under attack.

We in Ghana have been lucky enough and blessed by God so far that we have not appeared in the bad books of these groups.

This shouldn't make us complacent at all, but should serve as a wake up call for us to prepare ourselves, sensitise, create awareness, educate and train our citizens to be alive to the dangers posed by terrorism and how to stay safe in the event of an attack(touch wood).

It is often said that a prepared mind is never taken aback and also, when your neighbours house is on fire, you've got to find enough water and put by your house so that just in case the fire spreads to your house, you can put it under control.

Our neighbours houses literally have been touched so far, and so the sensible thing to do now is to get prepared, train our people to understand what to do in case of any incidence of fire(terrorist attacks).

Terrorism is the unlawful use of force or violence by a person or group. Their goal is usually to intimidate, force or coerce societies, people or governments in an effort to promote political, religious or ideological beliefs.

Every human being is a potential terrorist. People can change colors like the chameleon once they become indoctrinated and begin to believe in the ideologies propounded by terror groups. Your neighbor could be your potential nemesis.

Watch and report the movements of everybody you suspect including your brothers and sisters, family members and neighbors.

Terror attacks come in many forms and can happen at any time in any place without warning. Terrorists operate spontaneously when they think the time is rife.

Terrorists typically exploit vulnerabilities, and weaknesses in systems security or otherwise and may use technology, weapons, hazardous materials, biological agents or other methods to create devastating disruptions to communities, towns, villages and cities.

Terrorist have the ability to infiltrate or take over the security apparatus of a country.

ALWAYS BE CURIOUS, PREPARED, CAREFUL AND GIVE INFORMATION WHEN IN DOUBT.

Terrorism thrives on fear. Terrorists fear a well informed and alert society. Although the alertness may not necessarily stop terrorists from attacking, but it can go a long way to minimize casualties in case of an attack.

By having a standing well-rehearsed contingency plan on how to tackle threats and dangers can help a lot. By planning how to respond to a terrorist attack in itself, can greatly improve your chances of survival. You can also lessen the impact of the attack by reducing the fear in the aftermath.

In case of a terrorist attack, you can find detailed information from local public safety agencies like Nadmo, National Ambulance Service, and the local TV and Radio stations.

Know your emergency numbers by heart, if possible save them on all your phones and diaries.

You must always trust and work with information from the National Security and all the other security agencies and paramilitary organizations.

Some actions can be taken prior to a terrorist incident to prepare you and your family. This may include informing yourself about the risks that might impact your community and planning for how you may respond.

If a terrorist attack occurs, it is important that you remain calm and follow instructions from local security officials and emergency service personnel.

You should be aware of your surroundings and watch for additional attacks which is usually referred to as coordinated.

Listen to local TV and radio for directions and travel information and instructions from local officials. If you are in a position where the attack occurs near you, check for injuries and provide first‐aid if is safe to do so.

After a terrorist attack, expect heavy law enforcement involvement at the local, regional and national levels. These agencies which may include counter terrorism units and experts will be at hand to investigate the incident and the location will be treated as a crime scene.

Your workplace, factory, stadium, beach or school may be closed, and there may be restrictions on domestic and international travel. You and your family may have to evacuate the area, as instructed by local law enforcement officials.

Further, expect extensive media coverage from local and international media networks and increased law enforcement presence, even if the attack did not occur in your community.

Give information to security officials on the movements of suspicious people in your area trying to bolt away in haste.

More from Feature Article
ModernGhana Links
Is Ghana Police Worth Dying For?
Akufo Addo Could Stand Trial Before The International Criminal Court In The Hague
The Show Is Over: Now Starts The Business
TOP STORIES

Ministry of Foreign Affairs confirm investigations into alle...
49 minutes ago

We are focused on reducing robbery, improving crime response...
49 minutes ago