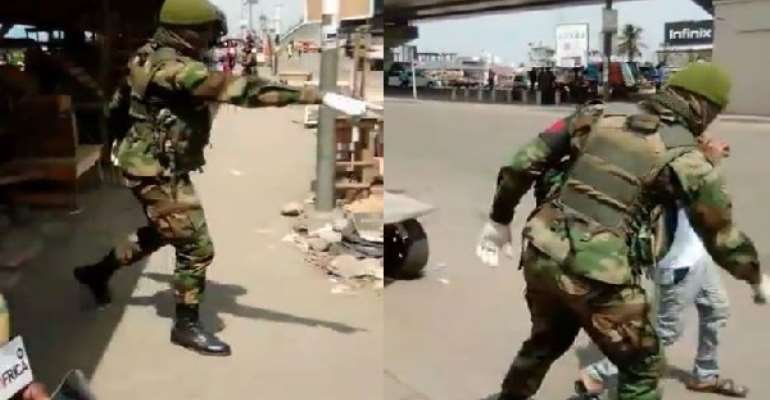 Two out of the 43 persons arrested from two vehicles from Accra to Dambai in the Oti Region for violating the restriction in movement act have been convicted by the Adenta Circuit Court.

The court, however, deferred the sentence of the other convict — Rita Dumalor, 28, in order to await the results of a pregnancy test conducted on her which was ordered by the court.

The two pleaded guilty of violating the Imposition of Restrictions Act, 2020 (Act 1012) and were sentenced on their own pleas by the court, presided over by Ms Dora G.A. Inkumsah Eshun.

Eighteen others, who pleaded not guilty to the charge of violating Act 1012, were each granted bail in the sum of GH¢5,000 with two sureties each.

The police decided to charge 31 of the 43 people, with 20 being heard while the trial of the remaining 11 had been rescheduled.

The 12 people who were not charged were children.
Prosecution’s case
The facts, as presented by the police, were that on April 16, 2020, security officials at the Adenta-Dodowa checkpoint intercepted two vehicles carrying a total of 43 passengers between 11:30p.m. and1a.m.

According to the prosecution, the drivers and passengers on board the two vehicles told the security persons they were yam traders who brought foodstuffs from Dambai to Accra and were returning to Dambai but the security officials found that the passengers were also not observing the social distancing protocol per their sitting arrangement in the vehicle.

The passengers and drivers were taken to the Adenta District Police Command and after screening, 31 of them, who were adults, were charged for violating the restriction on movement order.

Per Section 6 of Act 1012, any person who fails to comply with the restrictions imposed by an Executive Instrument in compliance with Act 1012 “would be liable on summary conviction to a fine of not less than 1,000 penalty units (GH¢12,000) and not more than 5,000 penalty units (GH¢60,000) or to a term of imprisonment of not less than four years and not more than 10 years or to both.”