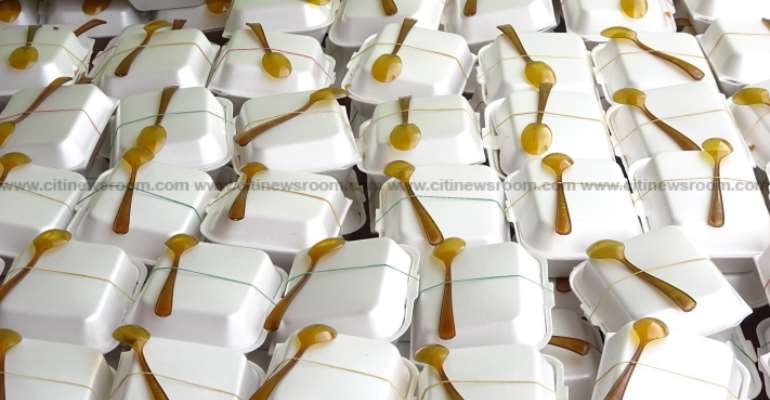 MPs from areas such as Klottey Korle, Odododiodoo, Ayawaso North, Ablekuma South, Ashaiman, Obom Domeabra and Asawase say there is an elaborate scheme to ensure that food packages distributed are done in a manner that excludes sympathizers of the opposition National Democratic Congress (NDC).

Recounting his experience in an interview with the media in Parliament today [Friday], Nii Lante Vanderpuye alleged that food items were distributed to only New Patriotic Party (NPP) members in his constituency.

“It is NPP mechanism and system being used to distribute food in the community and sometimes when the vehicle comes to the park, I have seen it myself, they call NPP boys in the area who are organisers. If you are standing by a vehicle and you are a known NDC member in the community, you will never be given [some of the food].”

“What is happening is not a fabrication. We will not come here and say things that are not happening. In Odododiodoo, it is widespread. It is sad. I feel sad that I sat here and contributed to a debate and then I sit here and look at my people being discriminated against. It is sad,” the MP complained.

Dr. Zanetor Agyeman-Rawlings who first made the claim earlier this week emphasized the need for persons discriminately distributing the items to be dealt with.

“Sometimes there are few people who are not following the directives from the authority in which case they must be brought to book. So I stand by that and mine is to encourage people to follow due process,” she said.