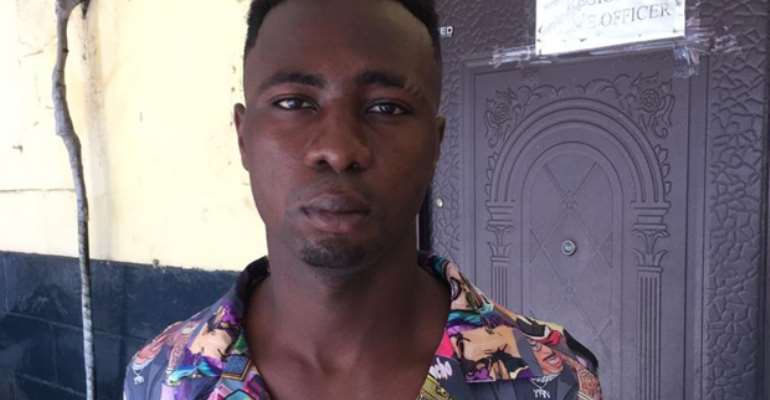 A 22-year-old scrap dealer is in the custody of the police for allegedly spraying some liquid substance into the eyes of a police woman during enforcement of restriction duties at Kaneshie Zongo junction.

The Accra Regional Police public relations officer, DSP Effia Tenge, told DGN Online that Suspect Osman Amadu was part of other occupants of a taxi cap that was prevented by the police from roaming in town as part of the restriction order.

She said around 9am on Friday April 10, 2020, the police woman was on a Covid-19 duty at the Zongo junction ensuring compliance of directives.

DSP Tenge continued that the police woman, name withheld, in the course of discharging her duties , stopped a taxi cabbie with suspect on board.

“Suspect was questioned about his movement but instead of answering the questions, he removed the said spray from his pocket and sprayed direct it into the eyes of the police woman.

She said the police woman shouted for help and with the help of other officers who stood nearby, the suspect was arrested and handed over to the Kaneshie police.

“The victim was then rushed to the police hospital where she was treated and has currently been discharged.

DSP Tenge said the suspect upon interrogations admitted to the offence and added that he did not know what came over him.

“He is being processed for court on the counts of assault on a public officer and violation of the Restriction of Imposition Act, as the substance is being forwarded to the forensic laboratory for examination."