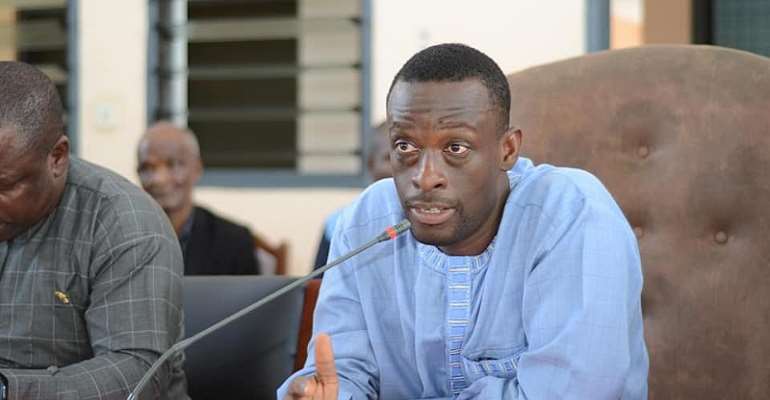 The Western Regional Minister, Kwabena Okyere Darko, has confirmed that the person who tested positive for COVID-19 in the region is a Chinese national.

According to him, the person in question had been on mandatory isolation for the past 14 days after arriving in Ghana on March 21, 2020.

On Sunday, April 12, 2020, the Western Region confirmed it’s first COVID-19 case, making it the ninth in the country to record the novel coronavirus.

According to a press release signed by the Western Regional Minister, the case “involves a Chinese national, who arrived in Ghana on Saturday 21st March 2020 and was in self-isolation for the mandatory period of 14 days. Though he showed no symptoms of the virus, the medical team took his sample for testing on 8th April 2020 to confirm his status; which unfortunately tested positive on the 12th of April, 2020.”

The press statement indicated that the patient is one of six Chinese and 32 Ghanaians working at a quarry site known as Coastal Quarry, located near Anto in the Shama District of the Western Region.

“A combined team of medical and security personnel is currently at work at the site,” the Minister added in the statement.

Mr. Kwabena Okyere Darko in the statement also called on the public to “remain calm, and all those who might have come into contact with personnel of this company, to cooperate with the medical team for expedited contact tracing in order to curb the spread of the virus.”

He further directed all Metropolitan, Municipal and District Chief Executives in the region to test all persons who arrived in the region from foreign travels who underwent the mandatory 14-day isolation period but were not tested.

“From the lesson learnt (i.e. absence of symptoms of the virus and testing positive after the 14-day isolation period), all MMDCEs and Public Health Emergency Management Committees should ensure that all persons released, without testing, after their 14-day self -isolation or mandatory quarantine at the various places are brought back for testing.”

“I call on our Chiefs and the good people of the Western Region to remain vigilant and to cooperate with the Health and Security Personnel to ensure that the virus does not get out of hand in the Western Region” the Minister added.

The press release also called on the security services to ensure compliance with the ban on social gatherings.

“I must add that, all recreational centres are out of bounds to the members of the public in furtherance of the ban on social gatherings. The security agencies should, therefore, be hard on this.”