Volta On Wild Chase For Coronavirus 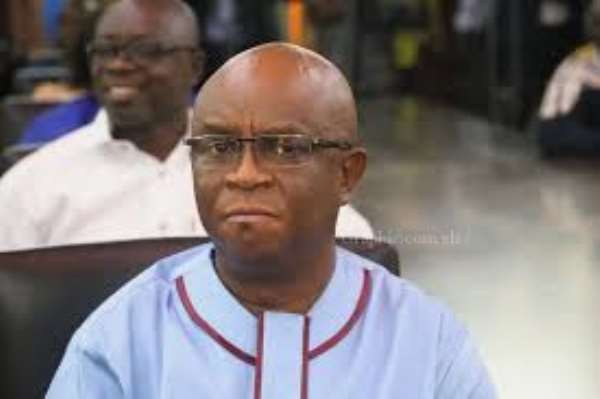 The Volta Regional Public Health Emergency Management Committee (VRPHEMC) has set to screen all travellers coming to the Volta Region following a surge in COVID-19 infections in its South Western neighbour, Eastern Region.

The directive which takes immediate effect was announced in a statement issued by the Volta Regional Coordinating Council (VRCC) and signed by the Regional Minister, Dr. Archibald Yao Letsa who is also the Chairman of the Region's Public Health Emergency Management Committee.

The screening which is part of measures to prevent the spread of COVID-19 to the region will take place at all in-country entry points to the region from the Western boundary; North Tongu, South Tongu and South Dayi districts.

What this means is that travellers from Accra and Eastern region (Western Boundary) will be screened.

According to a situation report from the Eastern Regional Health Directorate, the number of comfirmed COVID-19 cases stood at 16 as at 9 April 2020.

The 15 additional cases were primary contacts of the first case reported at the AFCONS Camp-B in the Lower Manya Krobo District of the region.

The cases at April 10 are reported to have increased to 28 but there is no official confirmation yet.

There is no evidence of community spread anywhere in the Eastern region.

All 244 primary contacts are under mandatory quarantine while contact tracing and testing is ongoing for both primary and secondary contacts.

Be that as it may, the Volta region which shares border with the eastern region at the area where the cases were identified, is not leaving any stone unturned.

The region with immediate effect has also closed the Juapong Market in the North Tongu Distract.

Municipalities and District who are having a hard time to decongest their markets have been directed to find practicable solutions immediately.

A multi-disciplinary task force has also been put in place to ensure that all private and commercial vehicles stick to the prescribed regulations.

Dr. Letsa urged residents of the region to calm and cooperate with the authorities and directives provided to ensure the region is safe from COVID-19. He also emphasised the need to adhere to social distancing at all times and frequent hand washing with soap under running water.

People who have chronic conditions like hypertension and diabetes were also urged to take their medications as prescribed by their doctors.

Volta Region is yet to record an infection of the novel coronavirus.