Covid-19: Italians question what 'back to normal' means with no end in sight 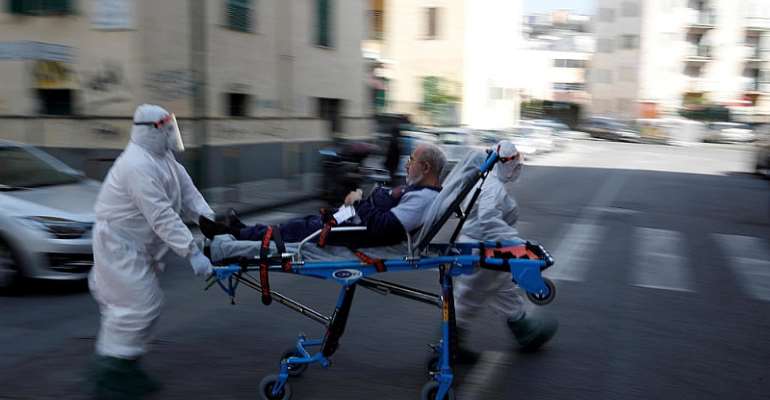 With 14,681 confirmed deaths and close to 120,000 people who have contracted the virus, Angelo Borrelli, the head of the civil defence department, charged with managing this crisis, said the country is not likely to come out from its current status of lockdown until May 1.

The actual deadline for lifting the lockdown currently stands at April 13 and many Italians are already exasperated.

The authorities have been saying that the return to normalcy is going to take a very long time and that Italians will not be going back to their lives as they were before.

Back to normal?
Many are asking themselves exactly what that means. Does it mean that only some people will be allowed out of their homes and back to work or does that mean that only certain businesses will reopen?  Will it be different for those who tested positive and healed?

No one seems to know the answers yet and the government's decision will be based on the recommendations that will be made by the scientific committee of the civil defence department, which also includes health experts.

Agostino Miozzo, the deputy head of that department, said it will be weeks before Italians can have their lives back. He added that the end of the lockdown phase would be “the beginning of a new difficult path for which much patience will be needed because the return to normalcy is very far away.”

Italians need to understand, he said, that much would change and that everyone would not be free to go back to their former lives.

For a number of days, there appear to be signs that, while still high, the number of deaths and even new infections have reached a plateau and are stabilizing.

This is not a sign for complacency, say the authorities, but a sign that current lockdown efforts appear to be working and must continue in order to ensure the country turns the corner in its fight against Covid-19.

Until a vaccine is found and tested, which could take many months yet, Miozzo said the best way to control the spread of the virus is through social distancing.

“Staying isolated in our homes is the best protection we have at the moment to flatten the curve and reduce the risk of infections on the territory”.

No one wants to take the risk of that curve starting to rise again because “this virus has already killed the economy in all sectors”.

Milan crematorium closed
Meanwhile where the outbreak began, in the wealthy Lombardy region, the largest crematorium in Milan has been closed.

The decision was taken when the waiting time for dead bodies reached 20 days and there were hygiene concerns. The crematorium will not reopen for the rest of this month as it deals with the huge number of bodies that it must still process.