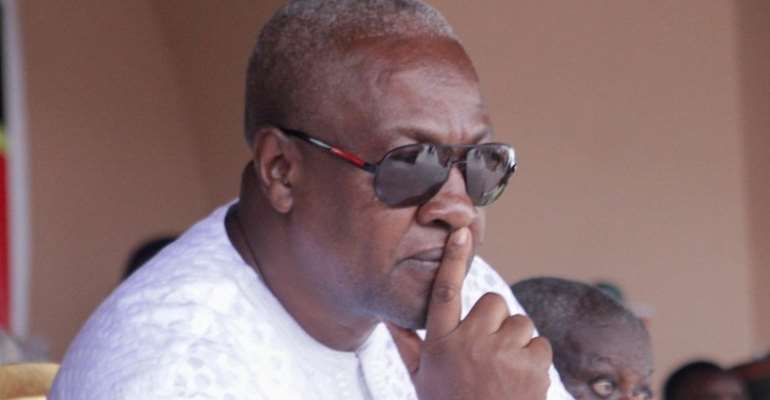 Former President John Dramani Mahama seems to be keeping up firmly with his tradition of avoiding important national meetings or functions apparently on political grounds.

On March 6, this year, it would be recalled, the former President who is seeking to lead the country again, boycotted Ghana's 63rd Independence Day celebration held in Kumasi, the Ashanti Regional capital.

Prior to that, he was conspicuously missing at the State of the Nation Address in Parliament.

And he seems to remain on the path of not turning up for occasions that are so important to the nation that he once led.

The latest is his absence from an important meeting held today at the Jubilee House for political parties to discuss matters surrounding the coronavirus pandemic in the country.

Interestingly, Mr. Mahama had assured that his appointees during his four years rule were ready to support the national fight against coronavirus.

However, when his input was needed he was nowhere to be found except a chair with his name embossed even though as the participants practice social distancing in the banquet hall.

Recently, he called on various Service Commanders leading the joint military and police taskforce enforcing the lockdown to brief their men to help reduce the attacks on citizens who allegedly violated the order.

In a post on Facebook, he stated that “We have noted some excesses involving brutalization of the civilian population by some service personnel and I urge the various Service Commanders to urgently brief the men to be firm but fair in the execution of the directives.”