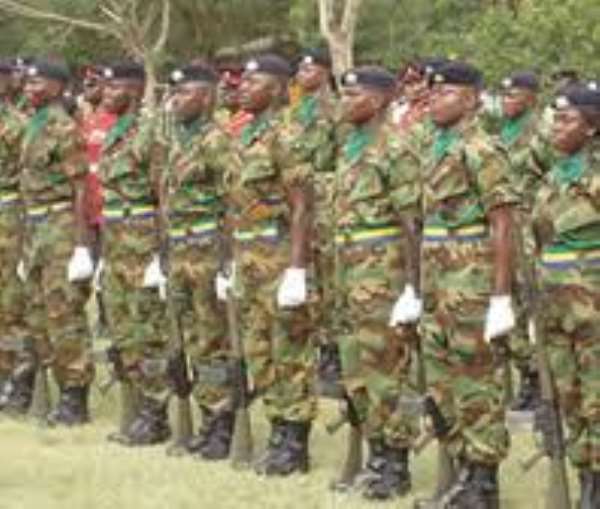 The Director of Public Relations Officer for the Ghana Armed Forces (GAF), Colonel Eric Aggrey Quarshie, has admitted that a viral video that shows a civilian hitting a military officer at Tafo in the Old Tafo municipality in the Ashanti region happened during lockdown duties on Tuesday.

This was in sharp contrast in an earlier statement he issued on Tuesday denying the said video is an old video that has no relation to the lockdown operations being carried out by military and police currently to control the spread of the coronavirus disease.

But, however, in an interview on Otec FM’s morning shows ‘Nyansapo’, hosted by Captain Koda, on Wednesday, April 2, 2020, Col Quarshie described the incident as unfortunate and said the military officer’s conduct did not send a good picture about the image of the respected Ghana Armed Forces.

“Our men were not sent out to brutalize the civilians. The provoked officer wouldn’t have crocked the weapon, whether in an attempt to scare the civilian or not. The bullet could have gone off and killed someone. He should have handed him to the next senior person to handle the matter. But whatever it is, it didn’t send a good picture,” he added.

The public has condemned some brutalities melted on them by the joint military/police patrol deployed in the Greater Accra, Greater Kumasi, and Tema during the two weeks lockdown aimed at controlling the spread of CONVID-19.

There have been a series of incidents at those places where the security is captured on videotapes purportedly abusing some individuals who refused to comply with the President’s directives on two weeks partial lockdown.