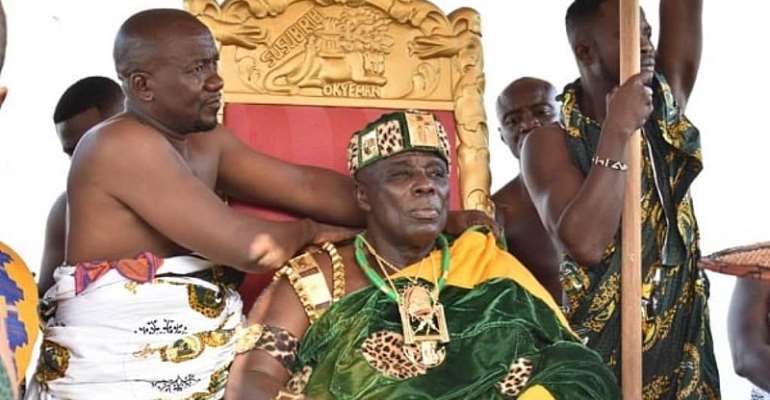 The Eastern Regional House of Chiefs has suspended the hearing of all customary judicial cases before the Judicial Committee of the House for one month due to the outbreak of the coronavirus disease in the country.

A statement issued and signed by Okyenhene Osagyefo Amoatia Ofori Pannin – President of the Eastern Regional House further stated that “all funerals, one week and forty days observances and all outdooring ritual activities” have also been suspended in line with President’s directives suspending public gatherings.

“Courtesy calls and visits to various palaces by groups be suspended until further notice,” the statement added.

Ghana has recorded 152 confirmed cases of coronavirus with five (5) fatalities as of March 29, 2020.

President Akufo Addo on Friday, March 27, 2020, announced a partial lockdown of the Nation’s Capital – Accra and Parts of Ashanti Region as enhanced measures to prevent increasing community spread having closed down all Borders – Land, sea and Air space.

Before the lockdown took effect, some migrants in the affected area left to their hometowns and villages.

The Eastern Regional House of Chiefs is not happy about this development hence advised the public “not travel to the designated restricted areas of Accra and Kumasi.”

The House of Chiefs appealed to the media to Co-operate with Health Authorities and government to help contain the pandemic.

Twenty-three (23) out of 24 samples of clinically suspected cases of Covid-19 in the Eastern Region have tested negative, according to the Eastern Regional Directorate of Ghana Health Service’s latest update on March 29,2020.

The number is out of a total 27 clinically suspected cases recorded in the region.

Meanwhile, four (4) contacts have been traced out of which three (3) samples collected yet to be tested, the other has returned to Accra.

The Regional Health Directorate is also tracking 32 returnees out of which samples of two identified has been taken but yet to be tested.

Mankarigu Health Center temporarily closed down after attack...
24 minutes ago