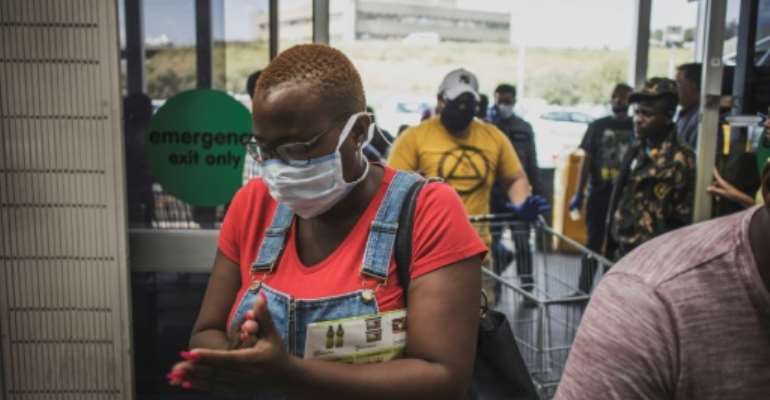 South Africa reported more than 150 new coronavirus cases on Tuesday, taking the new tally to 554, the highest in Africa, a day after it ordered a three-week lockdown.

"As of today, there are 554 cases of coronavirus in South Africa," Health Minister Zweli Mkhize, told a news conference.

"For the next week or two we still expect the numbers to go up. This is a disease pattern we cannot predict."

He said in the next week or two the numbers "would probably have gone three or four times or so".

"This is just one man's guess, it's not even a projection."

In a bid to stem the spread of the deadly virus, South Africa's President Cyril Ramaphosa announced a 21-day military-patrolled lockdown would be enforced from Thursday.

The pandemic had been slow to spread in Africa compared with other regions but the number of deaths and infections have started to increase, sparking concerns about the continent's vulnerability to contagious diseases.

Africa now has more than 1,800 confirmed cases, according to the African Union's Centres for Disease Control and Prevention (CDC).