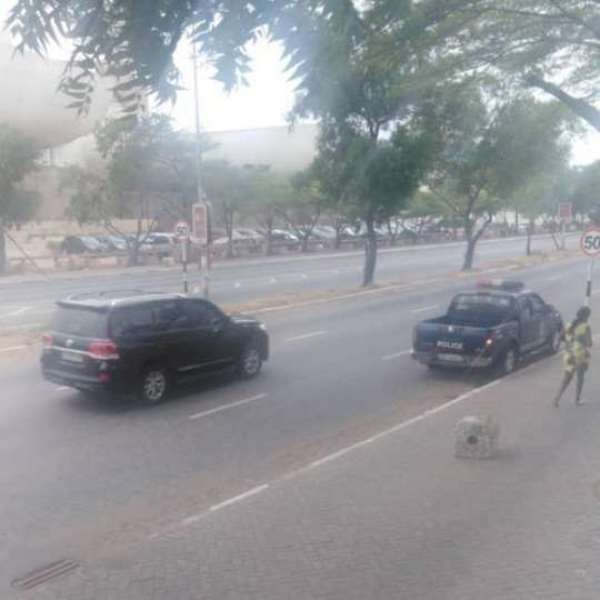 The streets of Accra were virtually deserted on Monday, 23rd March.

The Ghana News Agency could not sight street hawkers and beggars except for a few who had dared the unusual day.

Some major streets that usually had heavy traffic especially on a Monday including the Madina Zongo Junction, Kanda – Kawukudi street, the 37 hospital street stretch, all had few vehicles on them.

It took GNA's Hannah Awadzi just about 45 minutes from Malejor, a suburb of Accra near Valley View University in Oyibi, to get to the Central Business District instead of the usual two hours.

The city centre was also quiet as there were hustle and bustle.

Many shops were closed and few public buses (Trotro) could be seen plying the streets with empty seats.

The Local Government Ministry had earlier announced that in collaboration with the Metropolitan, Municipal and District Assemblies as well as Market Queens and leaders, would be closing markets in the Greater Accra region for disinfection.

The disinfection exercise aimed at enhancing hygiene in the markets to contain the spread of the Corona Virus Disease 2019.