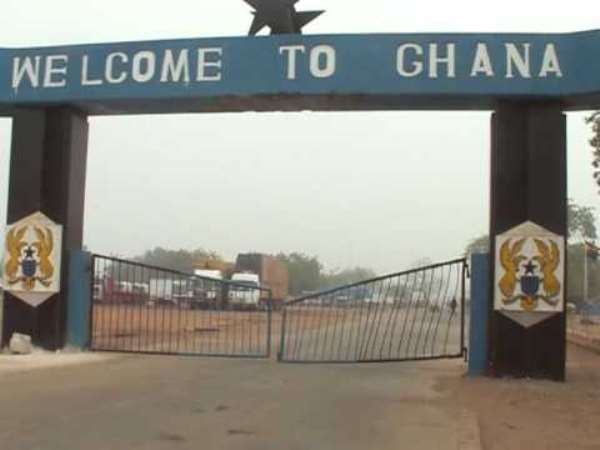 The Paga border in the Upper East Region has been closed.

This closure follows President Nana Akufo-Addo’ directive for Ghana to shut all its borders as a mechanism to prevent the importation and spread of COVID-19.

The border is under lock and key to prevent movement of immigrants in and out of the country.

According to Citi News’ Frederick Awuni, on a normal day, the Paga border receives at least 4 to 6 passenger buses of travellers either entering Ghana or leaving for neighbouring Burkina Faso.

However, following the closure of the country’s borders, Frederick Awuni reports that the Paga border is virtually empty except for cargo vehicles.

The border’s main entry point is locked as well as other entry points barricaded.

Some travellers who were returned from the border say they were unaware of the closure of the borders.

“I am not aware the borders were closed down. I just found out. I will just return to where I am coming from,” a driver said.

Out of about 12 Immigration officers at the Paga border, only two were spotted with Personal Protective Equipment (PPEs) while directing cargo vehicles and traders on transit.

Citi News checks revealed that the officers had not received PPEs from the government to discharge their duties in the wake of COVID-19.

The border closure is to last for two weeks according to President Nana Akufo-Addo and “will not apply to goods, supplies and cargo.”

“All our borders; by land, sea and air, will be closed to human traffic for the next two weeks beginning midnight on Sunday,” he said in an address to the nation on Saturday evening.

President Akufo-Addo said government is seeking to “limit and stop the importation of the virus; contain its spread; provide adequate care for the sick; limit the impact of the virus on social and economic life and inspire the expansion of our domestic capability and deepen our self-reliance.”

The growing spread of the coronavirus pandemic on the continent has compelled a significant number of other African countries to tighten border controls with travel restrictions.

Some, like Ghana, have decided to completely seal their borders for a period.

South Africa, one of Africa's hardest-hit countries, barred entry to foreign travellers arriving from or transiting through high-risk countries, including Italy, Iran, South Korea, Spain, Germany, France, Switzerland, the US, the UK and China.

But a country like Egypt suspended all air traffic at its airports from March 19 until March 31.