Towards a Zombie Apocalypse - Not Even #CoronaVirus Has United Ghanaians 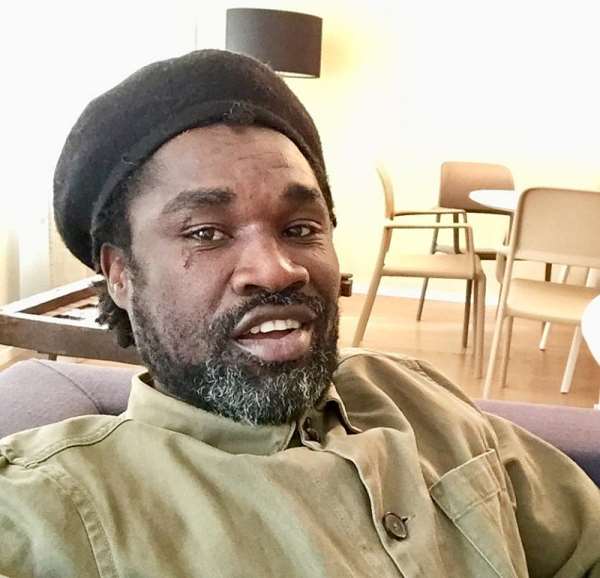 If there was ever anytime to be sure that so many of our people have turned themselves into zombies - acting against their own interests- this is the time. A wartime against an invisible enemy - #CoronaVirus.

To the extent that many people are not thinking about themselves or their aged family members and friends, let alone the general public health.

Rather, they are thinking about the fortunes of their political parties and how electoral benefits can be harvested from the war against #coronavirus!

This is a global war and there is a global fighting standard led by the WHO but the Ghana standard is what some of our people prefer - mediocrity even at war that affects everyone including the powerful and the less powerful, the poor and the rich equally.

What I see around me here in the European epicenter is a ravaging plague that cannot be stopped on the basis of massive resources or even the best technology or health systems.

Europe can boast of all that, yet they are overwhelmed by the ravaging coronavirus. You’ll know if you are following the news.

This pandemic has been exacerbated by the concomitant ’infodemic’.

The present solution has not been found in medicine (there is no vaccine yet) but in adhering to the right information and the best practices as prescribed by the world health organization (WHO).

They include social distancing (which may extend to total society lockdown as seen here in Italy, Spain and many other places in Europe and just beginning in America), proper hygiene (including constant hand washing and use of alcohol-based hand sanitizers) and smart working from home (which has become the new normal), as well as timely testing, contact tracing and self-isolation to pull the breaks on the spread of the contagion.

The deployment of the coercive powers of the state to enforce social distancing or even lockdown is informed by both disinformation and the irrationality of the majority of society. People will act against their own interests and the interests of the public - unless they are put under the use of force.

This is what every serious society is doing. Of course, every society is going at their own pace depending on the context analysis and the public health emergency forecasts pertaining to that country.

Overwhelmingly, we have seen governments and their oppositions in seriously affected countries come together with one voice to support decisive and timely action against the virus.

We have also seen opposition groups criticize governments on their improper or slow handling of the global health crisis. But many people understand that their individual health and that of the public is paramount and comes before personal freedoms.

Freedoms and privacy of populations have been put aside by Presidential and prime ministerial decrees in the general interests of public health across the globe. Travel restrictions and closure of national borders have become commonplace.

In societies that have taken this war seriously, the military and police are on the streets to make use of the conceive powers of the state to enforce total compliance to societal lockdown and social distancing.

People in Europe are in little doubt that their societies are at war. As far as people are concerned, the war against coronavirus is the third World War of the century.

Any society that gets confused about this global war against this deadly virus - even for a second - will be overwhelmed by unprecedented fatalities and preventable casualties.

By the design of providence, the virus avoided Africa for the first three months of its attack. This gave our misleaders, even the most incompetent of them all, ample time and opportunity for anticipatory planning, preparation, and preventive action ahead of its ultimate and inevitable arrival.

Instead, African governments went to sleep, preferring to spread conspiracy theories about how the virus is afraid of black people and hot tropical temperatures.

Ridiculous!
That grace period, unfortunately, has been squandered due to lack of foresight, lazy and mediocre thinking from the authorities.

The virus is now in our territories. And obviously, it is coping with the high tropical temperatures without any signs of slowing down. From two recorded and imported cases narrowed down to Ghana, my motherland, we are now reading about 19 infected people including people with no known travel history - and still counting. The community spread is in earnest. All the signs point to an unabated trend.

In the meantime, our government is engaged in rhetoric, making promises without clarity and without stated sources of promised resources. While churches are asked to close down, people can still go out and drink PITO or carouse in the night club and pubs. People are only ”advised” to stay home.

And that means we are in double trouble.
Our Parliament is now engaging in partisan debate on new powers sought by the President to issue emergency orders and decrees that will affect the freedoms of the people in the war against the coronavirus.

The so-called learned people are at each other's throats, speaking and writing ”Queen’s English” about the Law while coronavirus is penetrating our society without gazing.

Meanwhile, some public institutions are taking advantage of the lack of firmness from the government to carry on with public activities that defy social distancing. People have had to go to court to stop the NIA from continuing to allow people to gather to register for the national identity card. Why couldn't the people themselves refuse to patronize the NIA in their own interests? It is precisely because the people cannot be relied upon to use their common sense under these circumstances that governments exists to act decisively on their behalf.

In the meantime, some rogue elements in the political opposition have found a window of opportunity under these dire circumstances to propound new conspiracy theories about the propensity and willingness of the ruling government to use the fight against the coronavirus as a ruse to put in place elections rigging machinery for far away December’s general elections. This has gone a long away to polarise and escalate the disinformation among the vulnerable population. People are now more confused than before - thanks to misleadership.

This is Ghana for you. Every move and every action to be taken for public health is under partisan political scrutiny about related costs or lack of transparency.

So while the misleaders and the misguided followers have decided that all this partisan bickering cannot wait until we have defeated the virus, this plague continues to take firm roots in our various communities.

The number of cases is growing by the day. And instead of providing the public with the right information, the misleaders are muddying the waters with weapons of mass deception - political propaganda.

And to make matters worse, the misguided people are still following and taking partisan positions. Instead of staying at home, people are queuing for National Identification Cards which will be of no use to them in the grave when they succumb to coronavirus.

And I am very sure that if the electoral commission starts registration activities today against public health interests, some people will still go out at the expense of their health and that of the public to queue and register.

Is there any more doubt that we are heading towards a zombie apocalypse in our country?

It is about time our President and his government get a grotesque grip of the situation, be honest with the people, stop playing hanky-panky and take drastic wartime measures to contain the community spread of the coronaVirus before it escalates to overwhelming proportions.

The government cannot afford to wait for support from Western institutions like the IMF or the World Bank to fight this war. The West is overwhelmed already by this situation and waiting for their institutions to give us support to fight coronavirus is like running a fool’s errand. This is the time to give practical meaning to the word independence.