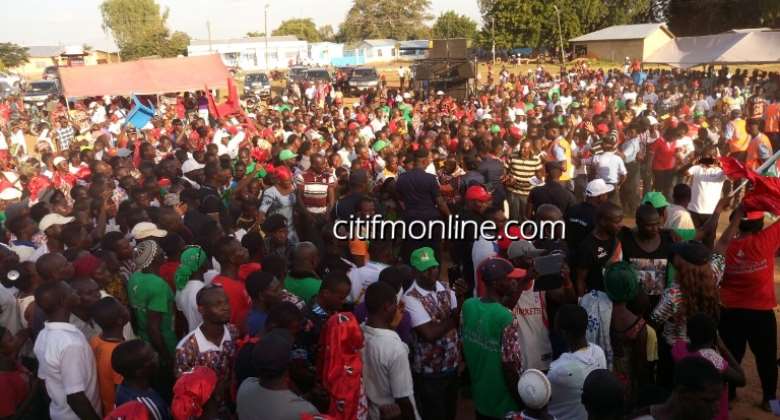 The NDC Is 30 years Today!  I have been actively involved with NDC politics since 2004(18 years) and i am very proud of my experiences so far!

This party was born and bred through the toil and sacrifices of young pople of all shades of ideologies led by the revolutionaries and followed by the progressives, the reactionaries, the exreme left, extreme right, left off centre , right off centre plus, many other ordinary citizens who were unable to conceptualize a political ideology.

Undoubtedly, there has been irreconcilable tensions among all these political forces under the umbrella of a democratic congress for so many years.

However, the Founder, President JJR acting as natural centre of power within the party, pivotally steered and kept all these antagonistic political forces together with his force of conviction and his moral compass which constantly pointed to the bedrock values and principles of probity, accountability, social justice, integrity in public office and positive defiance to unlawful or unprincipled orders from higher authority.

On the 30th anniversary of the NDC, the party needs a new centre more than anything else in order to keep the cohesion among the antagonistic political forces under the umbrella.

A new centre can only emerge through a new constitution acceptable to all that reflects the mood and current aspirations of the party base and Ghanaians in general.

It is the time for the devolution of power. But it is also time to have a centre that commands the total and utter respect and reverence of everyone in the party. The centre could no longer be around one person as that has been taken away by our late Founder.

Without a new centre of power that serves as a moral compass and authority, the NDC will go back being an “election machine” as described by Some people years ago. If all that matters to the party leadership is winning elections, then the values and ideals of the party looses their essence. [Forever].

Our Founder left an indelible mark behind in the name of NDC, the most formidable people-centered political party capable of transforming the lives of ordinary Ghanaians. He remained the leviathan until his passing but he couldn’t take the party away with him. He left his spirit behind with us and we must let it reflect in the party organs and actions through its constitution.

Let it be a reminder to those who currently hold power within the NDC that they must build upon what they inherited from the Founders by creating a sustainable centre of power for the sake of posterity.

The party must open up for more participation in internal processes and allow all shades of opinions as reflected in the creed of a social-democratic congress to prevail.

The new centre of power must also work on a sustainable succession plan that ensures the grooming of future leaders in line with meritorious and egalitarian principles rather than the prevailing god-father-ism and god-mother-ism and everything in between.

The NDC party’s new centre must also work to make money less relevant in who becomes a party leader by expanding the electoral college for internal elections and allowing superior ideas and conviction of principles to rule.