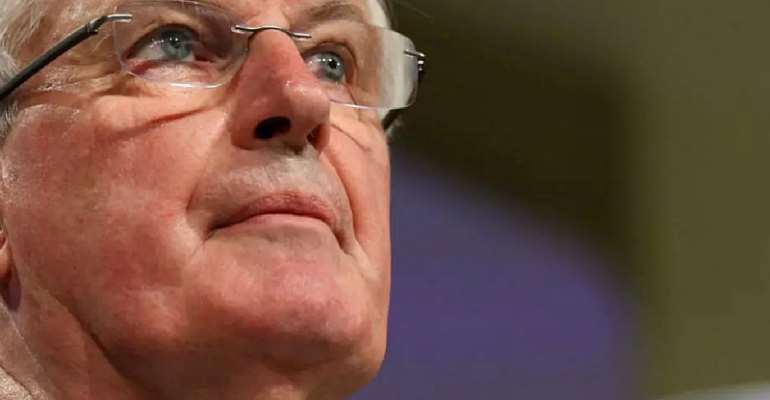 The EU's chief Brexit negotiator Michel Barnier has the novel coronavirus that is sweeping the globe, he announced on Thursday.

"I tested positive yesterday for Covid-19 . I'm as well as I can be, strictly confined to my home," the 69-year-old Frenchman said in a video posted on his Twitter account.

"I'm fine, morale is good," the former French foreign minister added, speaking from France, one of the countries hardest hit by the virus.

"I naturally am following all instructions, as does my team. My message to all those who are affected or currently isolated: we will get through this together!"

Speaking in front of a well-stocked bookshelf and dressed in a sweater, Barnier expressed "solidarity" with "the many families affected by this disease" and "respect for all caregivers, who are doing a great job".

Messages of support poured in from across Europe as well as Britain, where former UK Brexit minister Steve Barclay called for his speedy recovery.

"You, your teams and all our European friends are in our thoughts at this difficult time. Courage!" Barclay wrote in French on Twitter.

The revelation came after the EU and Britain were forced to cancel this week's post-Brexit trade talks because of the outbreak.

Officials had been discussing plans for a videoconference instead of face-to-face talks in London, but abandoned this stage of the talks altogether on Monday.

Britain left the European Union on January 31 but both sides agreed a transition until the end of 2020, to allow them to negotiate a new partnership.

Brussels had already warned that the timetable was too tight and delays from coronavirus have sparked calls in London for Prime Minister Boris Johnson to ask for more time.

This would be a major turnaround for the British government, which has promised to fully leave the EU by the end of the year come what may.

The EU has published a draft of its intentions for the talks that has exposed deep divisions between the two sides.

The proposal would ensure Britain does not diverge far from EU rules on state aid and environmental, labour and quality standards.

But Johnson's government says it wants a simple free trade agreement between "sovereign equals" and is prepared to sacrifice access to the EU market in exchange for the freedom to write its own laws.

Mankarigu Health Center temporarily closed down after attack...
43 minutes ago