An open letter to Nigeria’s SE Governors’ Forum: Freedom comes in many ways 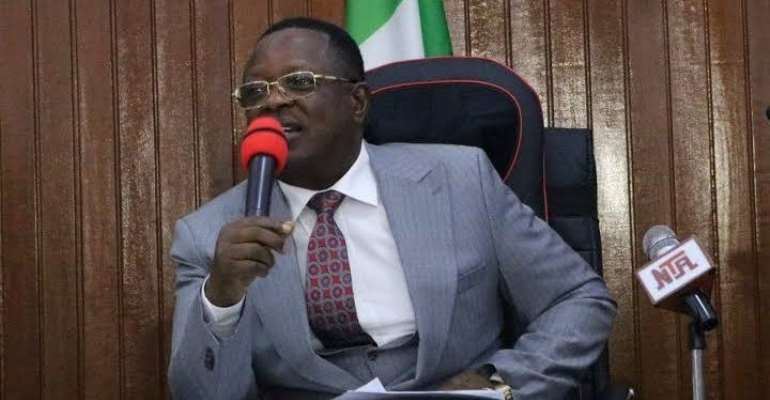 I was constrained to write you this letter after carefully watching Nigeria’s political developments over the years as they daily unfolded.

Many of us, Igbo sons and daughters who were forced by situations in Nigeria to migrate to Europe, America and elsewhere are worried sore that the security of life and property, especially in the northern parts and by extension the entire country, has continued to pose serious challenges to our political leaders that seem to defy solution.

We are worried about the inability of our political leaders to fix the national economy and appreciate naira value.

We are concerned about the seeming unwillingness of our political leaders to fully integrate Nigerians socially, for instance, by making the study of the three major languages, Hausa, Igbo and Yoruba compulsory at the primary school level in all schools across the country. In such a way, the bridge would have been built across tribal sentiments and in less than two generations, Nigeria would be on its way to achieving true nationalism.

We are concerned that general uneasiness in the country is being manifested in several ways, despite government’s intervention efforts, and it is worrying.

As the political leaders of the Igbo nation, I do not need to remind you that all Igbo at home and in the Diaspora are looking up to you to salvage them from the circumstances that have sandwiched and trapped them in the enclave they call their country. Progressively going forward in the spirit of one united and prosperous nation has become a herculean task for them because the low or no value some people in the northern parts of the country have determined to place on human life, the lives of fellow Nigerians, is at great variance with the values and aspirations of the Igbo, and going back is just impossible. They are stuck between the devil and the deep blue sea.

Sadly, some of the simple ways the federal government should have addressed these issues were lost to tribal politics and our people have continued to suffer as a result. These issues are captured in the first and second volumes of my book “The Presidential Years: From Dr. Jonathan to Gen. Buhari”, published by Austin Macauley of London, and can be purchased online from Amazon, eBay and other major online bookshops.

As the political leaders of the South East Zone of Nigeria, I hasten to remind you that when the founding members of the South East Governors’ Forum, Chimaroke Nnamani of Enugu, Chinwoke Mbadinuju of Anambra, Achike Udenwa of Imo, Sam Egwu of Ebonyi and Orji Uzor Kalu of Abia sat for the first time, they pledged to work together, irrespective of their political leanings, for the interest of the larger segment of South East communities.

At that time, critics of the Forum alleged that the governors were not doing enough to develop the zone. They failed to attract the attention of the federal government to the deplorable condition of infrastructure in the zone, especially the roads. Even as we speak, most of the federal roads in the South East have remained nothing but death traps and many people are worried about why their South East governors have not deemed it necessary to go beyond rhetoric to, at least, embark on the repair or modernization of these roads themselves and get a refund from the federal government if there are provisions in the law to that effect.

Even judging from the now moribund joint economic ventures in the South East zone, such as the Cooperative and Commerce Bank (CCB), the African Continental Bank (ACB), the Nkalagu Cement Factory, the Anambra Motor Manufacturing Company (ANAMCO) and the Emene Floor Mills, among others, most Igbo at home and in the Diaspora are of the opinion that their governors need to be more proactive in their quest to improve the lot of the South Easterners they represent by reactivating some of these unifying ventures or building new ones.

What they expect is that a strong debate on the review of the Nigerian constitution of 1999 which was drafted by the military purely for the benefit of the north should keep resurfacing until something tangible is done to abrogate it completely and a working constitution drafted by civilians, the elected representatives of the people, is in place.

It has indeed become necessary for the leaderships of the Nigerian government to consider returning to the letters of the constitutional document which Nigerian leaders negotiated with the British government between 1957 and 1959 that granted Nigeria independence.

In 1966, the military invaded the political growth of Nigeria and aborted its democratic evolution. They discarded the negotiated constitution and introduced one that was not only un-negotiated but one they insisted was un-negotiable, and still expected Nigeria to remain united – possibly by force because they had the gun, and that was important or so it seemed at the time!

The negotiated constitution gave considerable autonomy to each of the three regions. Each region collected its own revenue and contributed an agreed percentage of its gross earnings to the central government. Each region was in charge of its roads, education, medical services and rural infrastructure.

But when the military came into the political arena, they turned the table upside down, weakened the regions economically and strengthened the centre. Like the one party system that the army is, all authority flowed from Abuja, in terms of finance and in terms of security.

The imposition of its constitution on Nigerians by the military would have been unacceptable to the leaders of the three regions at the time – Sir Ahmadu Bello, Dr. Nnamdi Azikiwe and Chief Obafemi Awolowo – and many well meaning Nigerians would agree with this.

Each region had its own ambassador in London. He was known as the Agent-General while the federal ambassador was known as the High Commissioner. M. T. Mbu was Nigeria’s High Commissioner in London at independence. The ambassador for Eastern Nigeria was Mr. Jonah Achara. That of Western Nigeria was Mr. Omolodun. And for Northern Nigeria, it was Alhaji Abdulmalik. These were the four men who were regarded as ambassadors of Nigeria in the UK by the time the country had independence in 1960.

But now states have been created in place of regions. And even though that seems to have complicated issues more, the creation of zones by Gen. Ibrahim Babangida provides an escape route from that stranglehold that was the 1999 constitution.

My take is that we can still manage to come by something close to the regions. Each of the zones General Babangida created during his tenure as military president can now be regarded as a region so that instead of the four regions the country had at independence there will now be six regions. The same level of autonomy can be given to them as was given to the regions before and after independence in 1960.

What the Igbo expect is that the second Niger Bridge should be in place before the termination of the Buhari tenure.

What they expect is that their SE governors can liaise with foreign investors to get light railway trains shuttling between and connecting the major cities of Abia, Anambra, Ebonyi, Enugu and Imo states.

What they expect is that when the Igbo say they are the best in business they should prove themselves right. If the Igbo are known to develop other communities, other countries, why are they unable to develop theirs? That is not something to be proud of, and it is down to the political leaderships of the SE to turn around the vision and focus of the Igbo to begin to look inwards.

I am being emphatic here about railway transportation between Abia, Anambra, Ebonyi, Enugu and Imo and the intra-links between their cities like Owerri, Okigwe and Orlu in Imo, for example. Our SE governors should map this in their head and see what the zone would look like with these facilities in place.

All eyes of Igbo elites at home and in the Diaspora are on you governors. They expect you to buttress the role the National Assembly would play especially in the struggle to decentralize authority from Abuja and give zones a financial autonomy that would synchronize with the original documents that gave independence to Nigeria.

It is against this background that the governors of the South East zone should decide to pursue issues affecting their people through regional integration. This calls for an honest pooling together of resources. You can arrange for any country or business enterprise to partner with you on transportation. Our people need a network of railways that would connect major cities in Abia, Anambra, Ebonyi, Enugu and Imo with their state capitals, even if they are light railways.

It is unnecessary to keep agitating for a break-up of Nigeria if our people can develop their communities on their own. They would have literally broken up without breaking up – which is the best policy for South East in their circumstances since the end of the Nigerian civil war.

Take a look at Great Britain today. There are four nations that make Britain great: England, Scotland, Ireland and Wales. Each of them has complete autonomy. They have their currencies. They have their parliaments. They have their flags. They run their systems on their own. And they all subscribe to a central government and that is what makes them great. South East governors can insist on that pattern of relationship in Nigeria. Then, the Igbo will not see themselves as living in bondage any more. Freedom comes in many ways.