Malawi Must Protect Lives And Property Of Alleged Witches 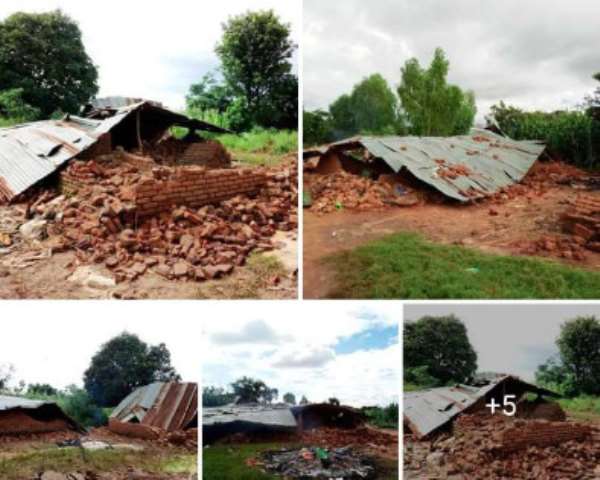 The Advocacy for Alleged Witches (AfAW) condemns the destruction of houses and property of alleged witches in remote areas in Malawi.

News from the countryside says that some witch-hunting villagers raided some communities today.

According to local sources, an irate mob has demolished at least six apartments and other belongings of persons who have been suspected of witchcraft. Photos from a tweet show images of houses that the rampaging mob had pulled down.

There has been no reported loss of lives. The fate of those who have been displaced by this mob violence is unknown. Some of them are likely to end up living and dying on the streets. In the past three months, there have been reported cases of witch persecution and killing in districts across Malawi. In a particular case, villagers stoned an alleged witch to death at a local funeral. The alleged witch was accused of killing the relative though occult means. Such mindless killings and destructions are demonstrations of failure and inability of the government of Malawi to protect citizens.

The authorities in Malawi must rise up to the challenge of guaranteeing the security of lives and property of alleged witches. Alleged witches are human beings, not criminals. Their rights are human rights. Perpetrators of arson, assault and violence against suspected witches should be brought to justice. The government of Malawi must put in place proactive measures to stop and contain witch persecution and killing including mechanisms that can enable the police to preempt, prevent and nip in the bud mob violence against suspected witches.

AfAW urges the authorities in Malawi to commence the process of educating and enlightenment the public. The government should get all Malawians to know that witchcraft is a form of superstition, that has no basis in reason, science or in reality. Witchcraft is a myth, an imaginary crime which no one commits.

Bawumia calls for greater unity, cooperation between Muslims...
29 minutes ago