Why Most People Miss Their Opportunities 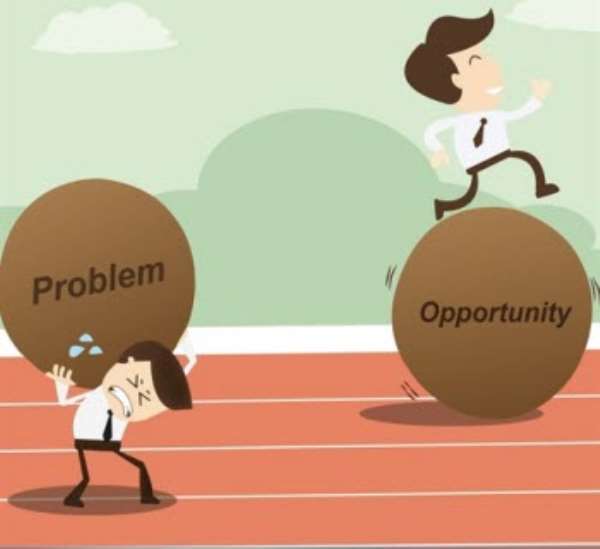 The world is becoming smaller in resources and even in abilities not because of the lack of it but rather because of what we do or do not do with our abilities and potentials.

Many people are schooling and obtaining same qualification, and the numbers in same field of study keeps increasing as the world population is increasing too. Even as new endeavor evolves, in no time it get over subscribed until new one come up.

All these means that, there are more of us to the fewer identified opportunities, because candidates of such opportunities are growing.

But, something else is unfolding and that is the game changer.

After school and with same qualification, majority join the bandwagon of waiting for doors or replacement opportunities. But you must get this clear

The world has stop hiring based on qualification though they pretend it is the basic.

The world is hiring based on extra abilities, potentials or skills. Sometimes it has nothing to do with the immediate job offer but it is that which has become the magic wand

Experts are coining terminologies for them, DIY, essential skills, soft skills, future of jobs etc. But funny enough young people are still not awake to this reality, so they keep missing their breakthroughs and opportunities

When salient information and articles are shared on pages or social media groups they belong to, they gloss over it. Some are brave enough to even shout "This long post, do you want me to read all"

When they can watch self development videos on youtube they will be watching music videos.

When they can learn a skill or two just as a new hobby on youtube, they will be watching series.

When they can forge lasting influential networks with people in the social media groups they belong to, they allow familiarity to breed contempt and lose out.

When they can subscribe to newsletters, blogs and sites on their desired careers to stay abreast with trends in their area of interest, they will be busy following gossips, scandals, celebrity tours, etc.

If you knit all these and many more together, by the time a job opening comes and unemployed or semi-employed candidates decide to apply. Majority have done nothing to their self or personal development.

Sometimes even their career path, they have lost track of what is trending

The story of David in the Bible has it that, he was isolated to shepherd his daddy Jesse's flock of sheep.

He was doing that before even Samuel anointed him to be king of Israel in future.

Even after the anointing, he still got busy with his flock of sheep. He nurtured the little ones to feed well, protected the sheep from bears, lions, bad weather etc.

The opportunity to be King came through a time he had to defend his country, a moment in their war history where kings and army generals have gone into hiding because of the enemy leading the opposing attack.

Even that, he had gone to serve his brothers food to have known what was happening. (Approach of taking or seizing the opportunity by the horn)

David took the opportunity that was presented, deployed the skills he had learnt in the wilderness, used the courage he had used against bears in protecting his sheep. Used the skill of throwing a string or catapult.(When preparations meets opportunity)

He transposed the objectification of the enemy "Goliath" from human to lions, bears, foxes etc (Dealing with challenges in contexts you have handled before or with experience gathered). He referenced these experiences and skills he has acquired to defeat Goliath to the glory of God.

Though this is just a summary of one successful King, it is synonymous with many great and successful men and women in human history.

What you do in your waiting period has become sine qua non to a fulfilling life. Even God likes vessels that have acquired something, even if it isn't exactly what the mission is about.

Many have missed their opportunities because, when they were tarrying, they were

1. Not investing in themselves,
2. Not developing themselves,
3. Not staying abreast with career trends
4. Not learning a new skill other than initial knowledge

7. Not volunteering to obtain working experience
8. Inability to transpose experiences to different fields of study or career path

9. Not reading or watching self empowering works
10. Not breaking away from people with similar fixed mindset, stack attitude and undutiful behavior.

11. Not taking advantage or seizing opportunities because you are unprepared

12. Not having frank and honest audit of ones life
You can start now to invest in yourself to preparing you for the opportune time.

Anti-LGBTQI+bill not to engender hatred for persons, meant t...
7 minutes ago

JB’s two phones tendered in as evidence
7 minutes ago