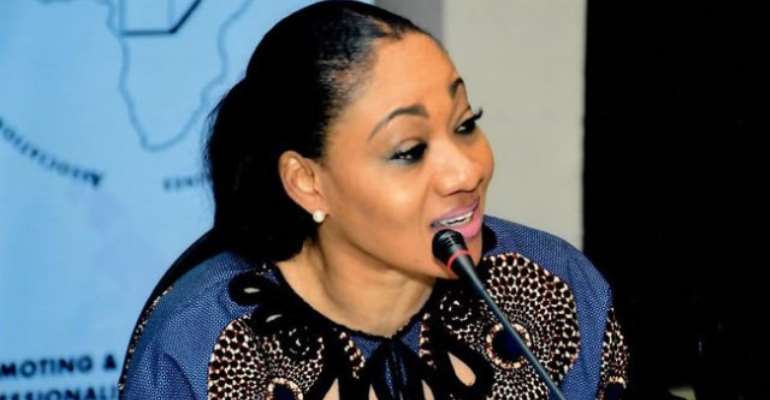 Either we rise up together in bad and good faith and express utter shock and displeasure at the mathematical gymnastics of the EC, which if left unashamed will become "recipe" of cooking election disaster in future. History has a big funny way of repeating itself because humans are wired never to forget how something made them feel, whether good or bad.

Trust and integrity of the system and institutions are very crucial in the modeling of our democracy. Accurate figure reporting is as equal as the citizens queuing to go and vote. It is the spirit and evidence of the citizen's body to exercise their right. No logic or reason can justify these mathematical gymnastics more than two changes is a course for worry. We can all choose to play around with it like ostriches

If EC mathematical errors are from the constituency, regional and national levels, then our gods indeed must be crazy. How can it be that after a collation and declaration are made, another one later occurs because some boxes we left unattended to, where were we in haste to?

Some eagle eyes in maths had to draw the attention of EC that the final results don't tally in percentage when they attempt to correct it, another error arose again—correcting an earlier fixed error exercise. This cannot be ordinary, and we must voice out our displeasure. What has happened would have been a blood bath in many countries on the continent and elsewhere. CSOs and people of conscience don't look on and take it to be ordinary.

Our media has been one of the powerful institutions in the deepening of our democracy and the series of successful elections, which gradually shaped to become a litmus test for the entire continent.

It is wanton disbelief even to imagine that not a single media house reported even 10 of the 22 pockets of incidents, which some resulted in the death of 5 people and injured about 19 as the police could confirm to the International press houses. How could these incidents escape the lenses of all our media houses? I stand to be corrected. Can any reader mention 1 or 2 media houses he/she heard reporting 10 out of the 22 incidences of electioneering violence. The GJA registered displeasure of some incidents some of its members suffered and called for caution.

What could have consumed the attention of all our media houses to the extent that they could not pick these violent incidents? Declaring results and calling out a winner with accuracy must be equated with the products' environment. How is it possible to get constituency results from a collation center and not report associated violence? Was there just by accident under-reporting of violence and cases of death, or simply they were not interested. Our media is one of the most vibrant in Africa, and under no circumstances would these 22 incidents have escaped the over 300 radio and tv stations. Did they make the cases less critical or what?

So Catholic Bishop Conference, Ghana Peace Council, CODEO, Ghana Pentecostal and Charismatic Council, Western African Media Foundation, GIBA, other CBOs, and CSOs, etc., all did not hear about these 22 cases of violence and five deaths? Must it be that we talk about such only after elections or in reports? This strategy we have been using, and we keep getting the same results.

The heavy security presence in this election, was it essential? What was the mindset of our security induced off? What was all the end product of the ops? What did we really want to achieve with the heavy security presence? Who at all commanded to open fire during the circumstances? If we didn't have vigilantes during this election, how did we report these deaths and 22 cases of violence? It is alarming and shameful to have most of the excesses perpetrated by the nation's security, whose first mandate is to protect the very same citizens who were exercising their constitutional rights.

These three categories of minuses have cast a significant mark on one of the most smooth elections we could have ever had. It is so painful for me to witness and read that the "devil" succeeded in roasting his Koobi (salted tilapia) and use the pleasant aroma of God Ampesi to consume his delight.

Let us not overstretch the elasticity of the tolerance, resistance, and capacitance levels of peace and patience of Ghanaians. One day it may not hold because it would have reached its threshold

I will pen down some gains later.