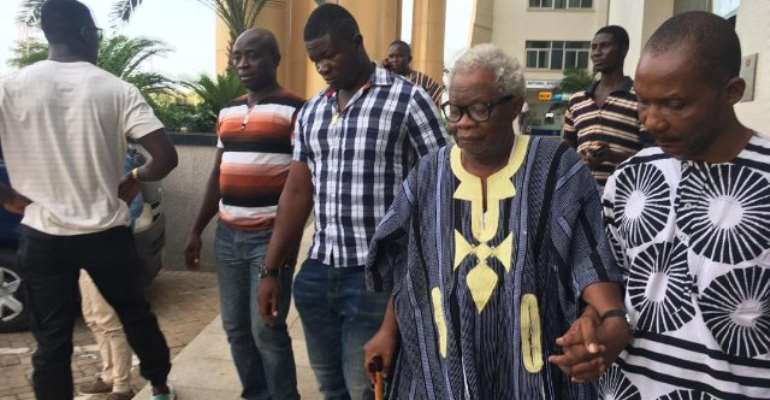 The newly-installed Paramount Chief of the Fodome Traditional Area has issued a disclaimer on the actions of a group seeking to hew an independent nation out of Ghana.

In a release, Saturday, Togbega Gbedegbleme Akpatsa II, assured the government of Nana Addo Danquah Akufo-Addo that his administration will not countenance any such activities on the soil of Fodome and will co-operate fully with the government in clamping down on such acts.

“I would like to sound a note of warning and caution to everybody to desist from any such acts else when the long arm of the law catches up on them, I will not be in any position to defend any of them,” he cautioned.

A separatist group declared its independence from Ghana to form the Western Togoland on November 16, 2019.

According to the group, Western Togoland covered areas including parts of the Volta, Oti, parts of the Northern, North East and Upper East regions.

The 80-year-old leader of the group, Charles Kormi Kudzodzi has gone into hiding after declaring independence from Ghana.

Meanwhile, security agencies say they rounded up 17 persons in the Volta region, for their alleged involvement in activities of the group.

It further indicated that” the upsurge of the self-styled ‘Homeland Study Group Foundation (HSGF) activities in the Volta region in recent times, threatens the security of the Volta and Oti regions in particular and Ghana as a whole.”