Why Do Ghana Politicians Think They are Cleverer to Take the Citizenry for Fools? 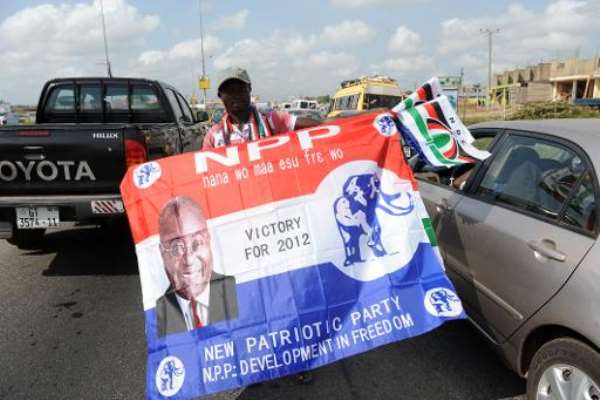 Is it curse come upon Ghana politicians to assume that they are more intelligent and wiser to take all Ghanaians for fools, except themselves, the rich and the most powerful traditional leaders with their sycophant journalists included? I cannot get my head around why and how an honest and trustworthy person turns into a different personality altogether once voted into power? They easily become corrupt, dishonest and untrustworthy. They are consumed by power to think death never exists, or they will never lose the position they occupy temporarily, no matter how many years they last in that position.

I am yet to see a clear difference between the NPP and the NDC politicians when it comes to honesty, dedication to serving Ghanaians and Ghana and above all, incorruptibility. Currently, there is no any slightest difference between them concluding from the information that keep reaching me from reliable sources. I personally expected a total divergence from the reprehensibly corrupt and lawless attitudes of the NDC by the NPP. However, disappointment is what I am seeing and hearing of.

Some NPP government appointees, members of their top hierarchy, and those fortunate enough to relate to those in power, are behaving same irresponsibly, corruptively and ravenously for quick buck as the NDC did when they were in power. Many a Ghanaian is aware of the rot going on at the nation's harbours where crafty means are adopted to impound goods, especially vehicles (cars) imported into the country by genuine persons, only to be auctioned at a negligible fraction of the cost incurred by the importer to the favourites of the party. This is undeniable fact after all the hyped government's implemented innovations to the contrary.

I campaigned and canvassed for votes for NPP in the hope that the NDC's nation-ruining attitudes of lawlessness, infatuation with corruption, abuse of human rights, especially against the poor and the needy in the society, etc., would become a thing of the past if NPP won. Nevertheless, the value presently seem to be the same if not worsened. As the NDC were craftily confiscating importers' cars to auction them to their favourites at give-away prices, so are the NPP rumoured to be doing. As the NDC were presiding over judicial corruption in Ghana to deny the poor justice, overlooking the abundant credible facts and evidence submitted to court to selling justice to the highest bidder or to the influential parties in a case before the judge, so is the same canker prevailing under the NPP administration of President Nana Akufo-Addo. What then is the essence of voting to usher in a new political party and government if both are behaving equally bad. Or, is it the case of one party is more evil than the other hence going for the lesser evil?

I always love citing vivid examples or case references to buttress my arguments. Under former President John Dramani Mahama's regime, himself, Chief Justice Theodora Georgina Wood and other equally unprofessional and corrupt judges aided Asantehene Otumfuo Osei Tutu II to have his way in the ongoing Kumawu chieftaincy dispute contrary to, Kumawu usage, certain constitutional clauses, certain sections of the Chieftaincy Act 759, the High Court rules and certain sections of the Ghana Criminal Code 1960 (Act 29). Similarly, under the NPP administration of President Nana Akufo-Addo, the same person has attained double-portion of the influence he had under the NDC to bulldoze himself through the courts despite the evidence and facts to the contrary. Where from this nonsense, if I should inquire? Where is the credibility of the NPP administration if his same impudence exhibited under NDC is permitted to continue unabated under the NPP?

Why should we spend our time, money and energy to campaign and vote to bring people to power only for them to come and perpetuate crimes against the citizens in a sly way?

I challenge the ensemble of the Ghana politicians and judges to redeem their image because they are a blot on the image of the nation by their fondness for corruption. The NPP must bear in mind that "There is a time for everything, and a season for every activity under the heavens" - Ecclesiastes 3:1. If today by the grace of God through the Ghanaian electorate they are in power, they must do the right things to endear themselves to the people but should not be seen to repeat the roguish shortcomings of the NDC. If they do, they will be chased out of power same as the NDC were, for time changes.

Black people, and by extension Ghanaians, have lost respect in the sight of our White contemporaries. This is because we are unable to use our brains to think and reason as human beings. Why should one person think he/she has the right to steal about 10% of the nation's wealth because he/she is the president of the country while Ghanaians as cowards and sycophantic as we are look on doing absolutely nothing? Why should our judges think they can decide cases anyhow, overlooking the credible, permissible and acceptable evidence submitted to court and still get away with it? Why and how? Are we that mad to continue to put up with that nonsense as a people and a nation?

The NDC were noted for collapsing people's companies because they wanted to make the rich and the poor same. This absurd policy was implemented and enforced by J. J. Rawlings during his military junta of AFRC, PNDC and his fictitious civilian government of NDC. This same policy is subtly in implementation under the current NPP regime. Why are black people, especially Ghana politicians, devoid of farsightedness as not seeing the repercussions of their desire to collapse other Ghanaian's business all for envy and other related self-serving interests which amount only to stupidity culminating in the dehumanization of the Ghanaian or the black man?

Ghana politics must not be allowed to become money making machine or a mint for politicians and an authority to suppress the governed as the recent crop of politicians and crook traditional overlords have turned it into.

The Ghanaian citizenry has been underestimated for far too long for being docile, coward, and easily baited with crumbs of bread, a few Cedi notes, persuasive lies etc. Nonetheless, as there is time for everything, so will the-so-far coward Ghanaian muster courage to react similarly as any docile animal does when pushed into a tight corner where it begins to feel its life is threatened.

I am not happy about the level of corruption and abuse of power in the system as are being perpetrated and perpetuated by the politicians, judges and judicial staff, the police and most of the government appointees and public service heads.

Mind you Ghanaian fellows, there is the law of action and reaction as in physics. "Asem sebe"