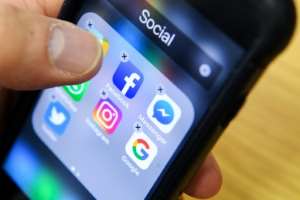 In the last few days, I have monitored certain commentaries on social media and Facebook in particular that in a normal textbook or classroom context could easily be described as a dangerous path towards radicalization.

These comments mostly from certain individuals who support the Western Togoland agenda and those who are vehemently opposed to a new viral video where Rev Owusu Bempah is alleged to have made certain berating comments about the National Chief Imam and tried to put him in a certain light that is considered demeaning and insulting to his status as the leader of Muslims in the country.

On the part of those who support the Western Togoland agenda, they resorted to making deliberate highly polarizing politico-tribal commentary with the ever potency to stoke torrents of flames capable of consuming everything that this country has toiled to build since independence.

Agreeably, these polarizing agents may be naive of the devastating consequences of their ignorance, I believe it behoves on the state security apparatus to monitor their actions very closely and carefully to prevent them from using subtle propaganda tools via social media to set a lot more people unto the dangerous path of radicalization where it will be extremely difficult to reverse them.

Radicalization (or radicalisation) is a process by which an individual or group comes to adopt increasingly extreme political, social, or religious ideals and aspirations that reject or undermine the status quo or contemporary ideas and expressions of the nation.

If Rev Owusu Bempah faults in his preachings or steps on the toes of the chief Imam of any other Muslim leader or leaders, or even the entire Muslim religion, let it not be an advantage for any individual or group of individuals to pontificate or call for his head. We practice democracy and so we must all its processes to cure the mischief if any. Let's not take advantage of the ignorance of many to spread falsities and confusion.

The outcomes of radicalization are shaped by the ideas of the society at large; for example, radicalism can originate from a broad social consensus against progressive changes in society or from a broad desire for change in society.

Radicalization can be both violent that is, the use of force to achieve goals and nonviolent such as that which we are witnessing on social media where people are calling for the heads of Rev Owusu Bempah and the kind of state threat posture we saw in the viral videos of some members reports claimed are soldiers of the Western Togoland.

Radicalization that occurs across multiple reinforcing pathways greatly increases a group's resilience and lethality. Furthermore, by compromising its ability to blend in with non-radical society and participate in a modern, national economy, radicalization serves as a kind of sociological trap that gives individuals no other place to go to satisfy their material and spiritual needs.

The underlying causes of radicalization are mostly ideologically centred and depending on what context the potential or existing conflict may be impinched, propagated or taken advantage of by the leadership of the destabilizing clique of individuals.

Right-wing extremism or far-right extremism is extremism that is motivated by a variety of different right-wing and far-right ideologies, most prominently by neo-Nazism, neo-fascism, white nationalism, white separatism, ethnonationalism, religious nationalism, and anti-government patriot/sovereign citizen beliefs and occasionally by anti-abortion and tax resistance.

Unlike right-wing extremism, politico-religious extremism as the name implies has both political and religious reasons especially that which relates to politics and religion as the root cause of reasons for engaging in a destabilising act.

Left-wing terrorism also occurs within already socialist states as activism against the current ruling government most of which we can point to in recent times to Latin America where many socialist governments came under attack and succumbed.

Special-interest terrorism and single-issue terrorism are forms of terrorism that, unlike other forms such as right-wing, left-wing and religious terrorism, tend to focus on a few or only one specific issue rather than on more widespread political, religious or other social change.

Suffice you to say that, in most of these commentaries I alluded to earlier, one would not be wrong if you were to conclude that radicalization in all its forms as defined supra can be said to be overly present in almost all of them and must serve as a worrying development for the sustainance of the collective well-being - peace and security of this republic.

It is my considered hope that those responsible for the maintenance of peace, security, order, protection of all citizens regardless of race, colour religion etc, will rise to the occasion and fight these emerging and contemporary security issues facing our republic.

It is important to establish that no matter our differences, no matter our disagreement and opposition to divergent interests and views, it does not lie in the mouths of few elements in the society to determine who the rest of us should hate or love. We cannot and must not allow a few misguided malcontents in society to take all of us -the good people of Ghana to ransom. The time to act is now or never.

Call e-levy a VAT increase and stop distorting our well esta...
52 minutes ago